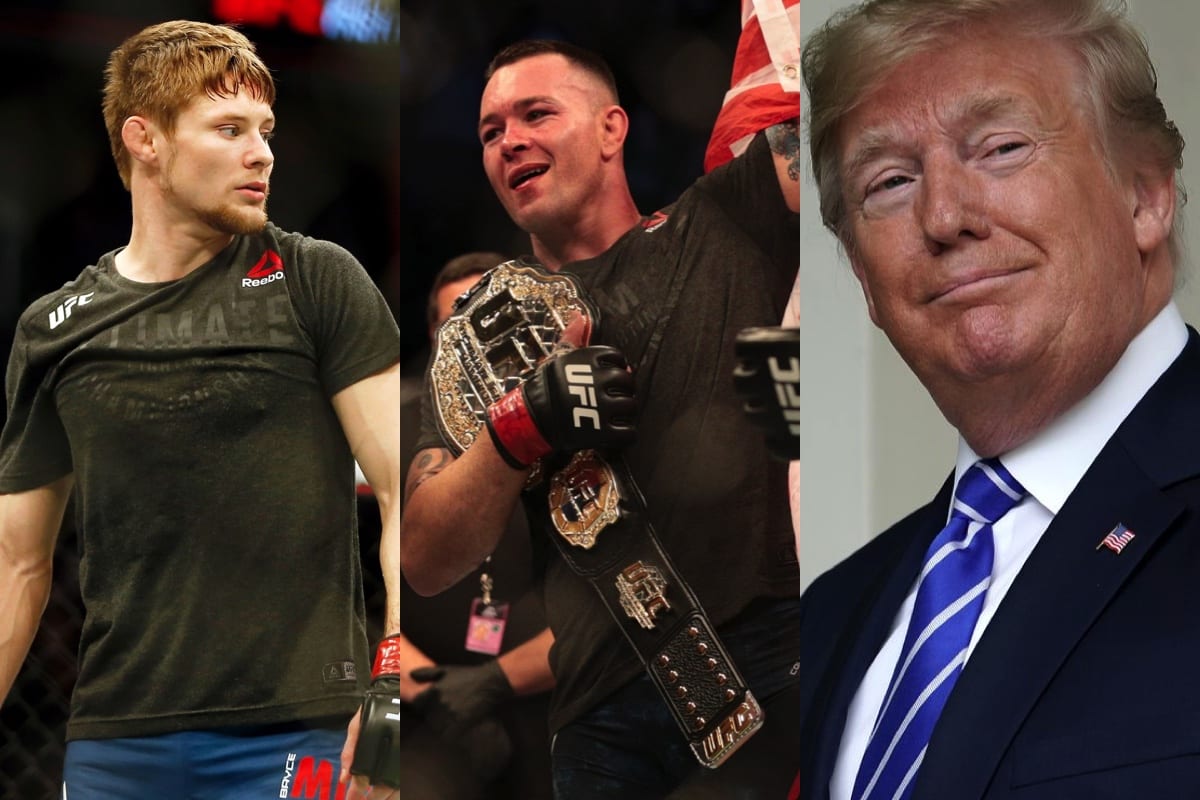 United States President Donald Trump has been very active within the mixed martial arts (MMA) community as of late.

After Mitchell’s victory at UFC DC last week, Mitchell shouted President Trump out, offering to beat up his rival politicians. Now, responding via Twitter, President Trump has heaped praise on both Mitchell and Covington.

“ANTIFA will not be going after Bryce or @ColbyCovMMA anytime soon. They much prefer people who can’t fight back!”

It didn’t take Mitchell long to respond, thanking President Trump for the shoutout.

President Trump mentioned Covington, who will be headlining UFC 245 this weekend live on pay-per-view (PPV) from the T-Mobile Arena in Las Vegas, Nevada on Saturday, December 14. Covington takes on Kamaru Usman for the welterweight championship of the world. “Chaos” has been seeking a welterweight title shot for some time now. He’ll finally get it against “The Nigerian Nightmare.”

What do you make of President Trump shouting out Covington and Mitchell?