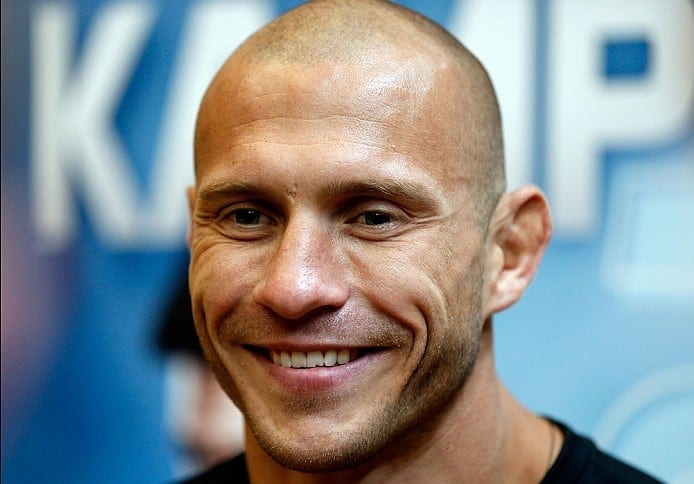 UFC interim featherweight champion Conor McGregor has a mean trash talking game. He uses his gift to get inside the head of his opponent’s before they fight, but has also started branching out in his slanderous techniques. He now has enemies at lightweight too, the division he is eventually expected to move to given the harsh nature of his weight cuts to 145 pounds.

One such nemesis ‘The Notorious’ has made is UFC on FOX 17 lightweight title contender Donald Cerrone. McGregor fired the first shots at ‘Cowboy’ during the recent GO BIG presser, claiming the division was flat and full of ‘stuck in the mud’ fighters. Although he will be facing Rafael dos Anjos come December, Cerrone has been engaging in plenty of trash talk aimed at his Irish foe.

Check out what he told The Orlando Sentinel about ‘The Notorious’ as quoted by MMAFighting.com:

“That was ‘McNugget’ trying to talk to me,” Cerrrone told the Orlando Sentinel. “When we stood face-to-face prior to that? He had nothing to say. I felt like I was an exhibit at the zoo and the cage was put up so he could poke the bear through the cage. When he was standing next to the bear he didn’t have anything to say. That’s what it felt like. I would have mauled his ass back there.”

Moving on from that eventful press conference, Cerrone acknowledges McGregor’s earning powers, and says he wants to make that kind of cash to fight:

“I don’t understand why these guys pull out of fights,” said Cerrone. “Don’t want to take fights. Only fight once a year. Maybe they’re making a lot more [than I am]. Maybe they’re making ‘McGregor money.’ That’s what I need to get. Funny thing is, once you’re making McGregor money, seven million, I would still fight six times a year. Now I’m making six times … that’s just a mathematical equation that I want my right pocket as big as my left pocket.”

A win against ‘RDA’ in their rematch could certainly unlock a lot of doors for Donald Cerrone, and behind one of them stands Conor McGregor, with or without the featherweight title. The Irish phenom’s UFC 194 bout with Jose Aldo could lead to a potential superfight with ‘Cowboy’ down the line.

It’s going to be a great winter in the UFC.