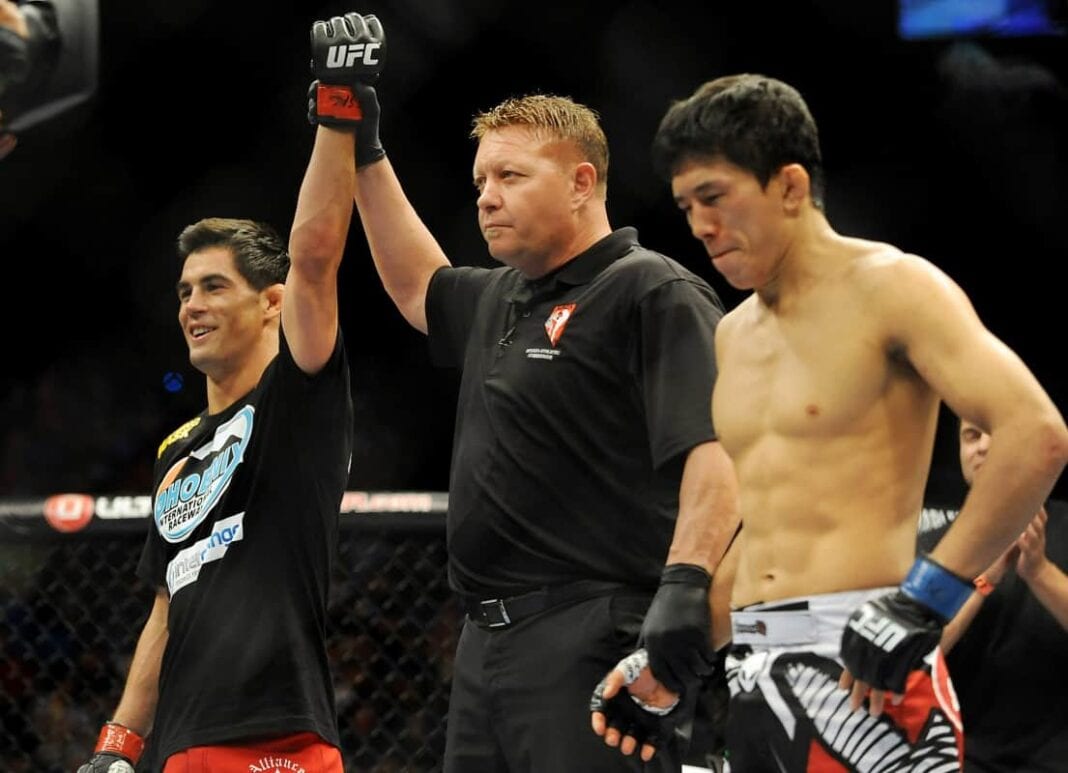 Former Ultimate Fighting Championship (UFC) bantamweight champion Dominick Cruz is currently sidelined with an ACL injury. That hasn’t stopped “The Dominator” from speaking his mind while he awaits his return to the Octagon.

Cruz appeared on The MMA Hour to discuss his future plans. While “The Dominator” doesn’t have a set return date, he feels it isn’t necessary to have because he isn’t holding gold:

“The truth is I don’t need to say an exact (return) date because I have nothing that I need to hold up. I’m not the champion right now, I’m not in the top five rankings right now. I don’t have anything that people are waiting for to try to take from me, except my fame.”

“The Dominator” says he feels the higher ups at the UFC booked the rematch because they knew that Dillashaw would pose major problems for Barao stylistically:

“One, they knew it was a perfect matchup for TJ. Two, they know that TJ is just using things that I’ve used to be successful, he admitted that.”

Despite the fact that Dillashaw is on a four-fight winning streak, Cruz doesn’t appear to be impressed at the caliber of the champion’s opposition:

As far as Dillashaw’s striking coach Duane Ludwig predicting that Cruz would get knocked out in the potential title bout goes, “The Dominator” has some harsh words for “Bang” Ludwig:

“Duane Ludwig is talking a bunch of nonsense about (Dillashaw) knocking me out. He doesn’t know anything. Have you seen him in an interview? The guy’s stuttering all the time, he’s been hit in his head too much already.” 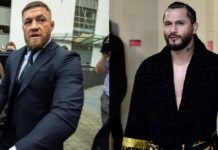