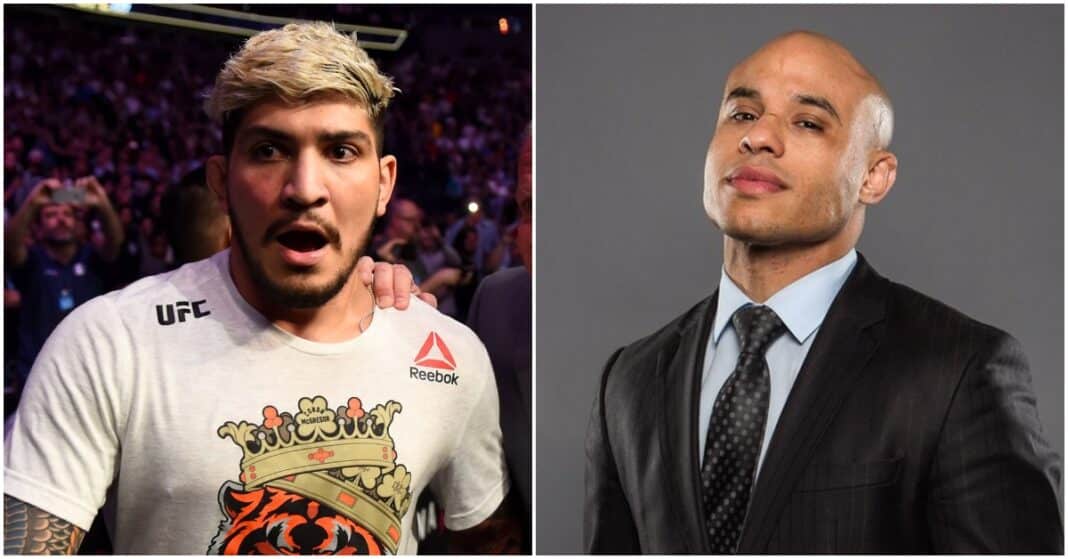 Dillon Danis has been taking massive L’s lately and according to a report from MMA journalist John Morgan, the Bellator prospect took another one last night in the form of a slap from the sport’s most powerful manager.

The MMA Junkie reporter took to social media in the early hours of Sunday morning to reveal that Danis was ejected from the biggest card of the year after clashing with Abdelaziz backstage.

“Ali Abdelaziz slapped Dillon Danis backstage tonight at #UFC268 according to multiple people who witnessed the incident,” Morgan wrote on Twitter. “Danis was then apparently removed from the building. Reached out to @AliAbdelaziz00, but he declined to comment.”

The pair have a history that stems from the rivalry between Conor McGregor and Khabib Nurmagomedov, who Abdelaziz managed during his fight career. In the aftermath of UFC 229, you’ll remember that Nurmagomedov scaled the cage to confront Danis after beating McGregor and started a riot. The beef between ‘The Eagle’ and ‘Notorious’ hasn’t really subsided since then and it appears things may have boiled over again at UFC 268.

The 2-0 MMA prospect has been sidelined for quite some time after undergoing surgery on his knee. Despite that, Danis has continued to talk smack on social media to any and all fighters, regardless of weight class or promotion.

So, the majority of people from the combat sports world were glad to see Danis get his comeuppance during a recent trip to the Jersey Shore.

In September, Danis was arrested in Seaside Heights and was subsequently charged with disorderly conduct following an incident at a nightclub.

A bad night got worse for Danis when footage of his arrest began to circulate online. The clip showed the BJJ specialist being choked out by a security guard before his arrest.

Danis has since explained how he ended up getting tapped by a civilian and claims the man in question could face jail time for impersonating a police officer.

What do you think Dillon Danis said to get a slap from Ali Abdelaziz at UFC 268?