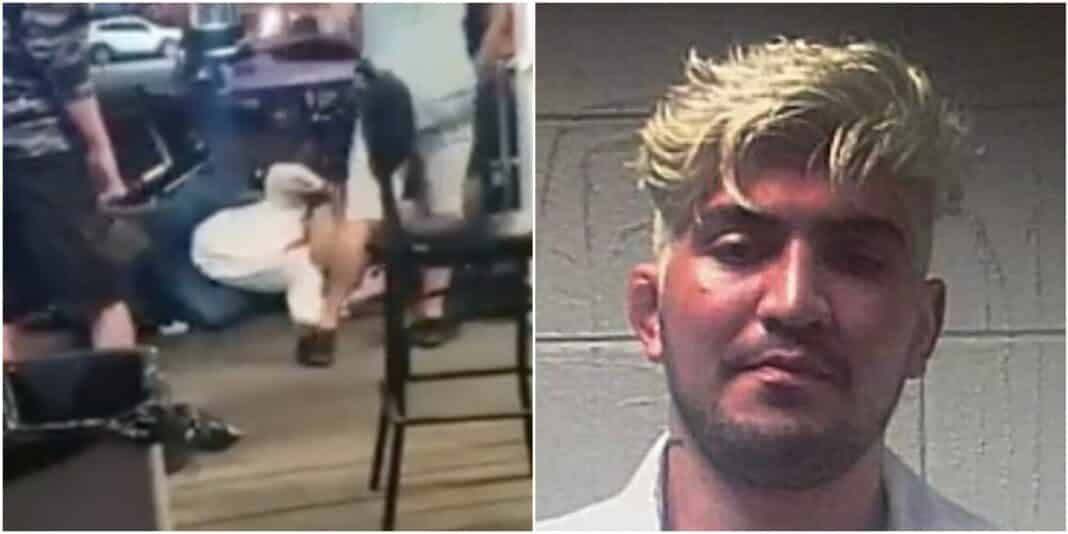 New footage has emerged this evening of Bellator MMA welterweight grappler, Dillon Danis‘ arrest on Saturday night at the Beachcomber Bar and Grill in Seaside Heights, New Jersey following an alleged incident at the establishment.

Initial footage emerged earlier this week of New Jersey native, Danis struggling with law enforcement officers outside the Beachcomber Bar and Grill in Ocean County, in which the 28-year-old is picked up from the ground by responding officers as he struggles before he is then led down an entrance ramp and brought into police custody.

Charged with disorderly conduct in relation to the alleged incident, court summons obtained allege that Danis “created a disturbance” witnessed by the responding officer. Danis is due to appear at the Seaside Heights Municipal Court on October 19. The charge of disorderly conduct can potentially carry a six-month term in jail, as well as a resulting fine or a period of probation.

Along with footage of Danis’ arrest emerging, a mugshot picture began to circulate across social media, which appears to feature Danis. In the video, Danis, who is sporting bleached blonde hair, is wearing a white dress shirt and is also wearing a knee brace on the outside of his right pant leg as he attempts to struggle during the arrest.

In new footage which has emerged since his arrest, Danis appears to be involved in an altercation with a bouncer of the Beachcomber Bar and Grill, where the latter takes Danis’ back on the ground, before establishing both hooks and applying a rear-naked choke before responding officers turn Danis’ belly down as they place handcuffs on him.

A two-fight veteran under the Scott Coker-led Bellator banner, Dillon Danis featured against Max Humphrey in his last professional walk at Bellator 22 in June 2019 where he scored a first round armbar victory.

Danis underwent reconstructive knee surgery in March last year after he had participated in the training camp of former two-weight UFC champion and teammate, Conor McGregor for the latter’s UFC 246 headlining bout against Donald Cerrone.