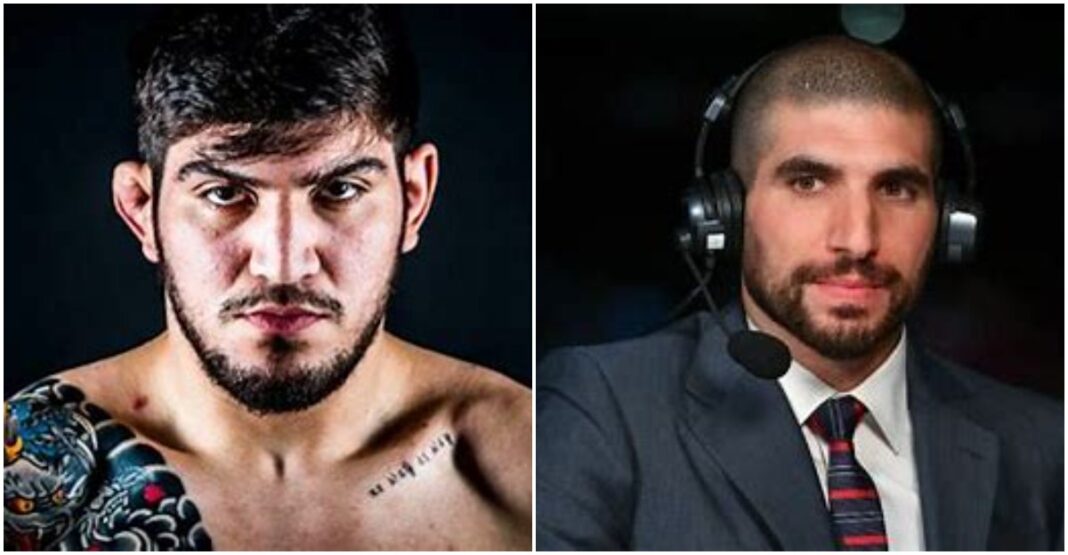 Dillon Danis has made the headlines again after responding to the harsh onslaught received by MMA journalist Ariel Helwani.

Last week Ariel Helwani praised Jake Paul for his challenge to UFC president Dana White, and as expected, it didn’t sit well with the Bellator fighter giving the history between the two athletes. Danis then made the following comment: “Ariel you’re a b*tch”.

Ariel Helwani engaged in a war of words with Dillon Danis, throwing shade left and right, to much delight of the MMA community.

”Guys if you think life sucks right now just think you could have begged for 3 years to fight an 0-0 YouTuber and 3 years later still not be popular enough or good enough to even be considered a worthy opponent for him. Imagine that. In other words, you could be Dillon Danis.”

Ariel Helwani wasn’t quite done there as he continued to roast the middleweight fighter.

“Hey guys follow me real quick and I’ll follow you back and pay you 1k. Ffs. Get a grip Dillon. Who acts like this? 3…2…1 before ol DD texts me hey bro why don’t you like me? Like, I thought we were cool bro. Can’t wait for the witty tweet reply, too. And then he’ll call for a truce and then ask me to RT his tweets every two seconds. What a pleasure.”

“Took me awhile to read your insipid, bland, lifeless, Junior High ‘Journalism’. You’re a terrible writer. What did you do w/the $ your Mommy gave you for writing lessons? God knows you didn’t buy a gym membership with it Your arms look like car antennas.”

“You’re a guy with ONE Shirt and ZERO Original Ideas. If you couldn’t beg fighters into giving you material you’d be making money being a fluffier for your wife’s boyfriend.”

“You’re lucky you weren’t born before cars had power steering or your wife would hafta park the car Your autobiography is going to be called NOBODY LEFT TO GET FIRED BY.

Furthermore, the insults weren’t enough for Dillon Danis, who challenged Ariel Helwani to a fight and proposed he would only use one arm.

There has been no response from Ariel Helwani yet, but we expect the verbal battle to continue, and certainly don’t expect to see Dillon Danis feature on The MMA Hour moving forward.

How do you think came out on top in the Dillon Danis vs. Ariel Helwani Twitter beef?