LowKickMMA.com
Home UFC News Dillon Danis Claims He ‘Lit Khabib Up Like A Christmas Tree’ During... 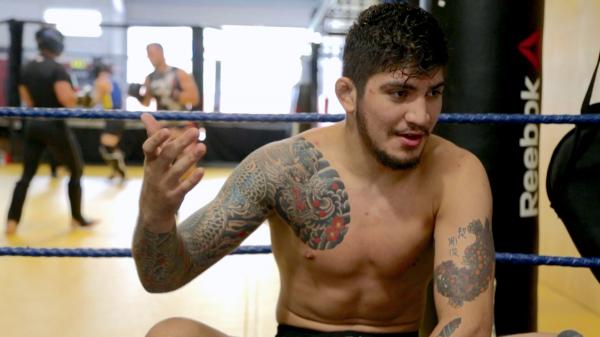 Last week, Khabib Nurmagomedov and Conor McGregor finally received their punishments for the UFC 229 post-fight brawl. Khabib was tasked with a nine-month suspension and $500,000 fine while McGregor got a lesser term of six months and a $50,000 fine. Curiously enough, Dillon Danis, who was at the center of the action, was left on the NSAC agenda.

Danis’ punishment in terms of a settlement could still be being negotiated with the commission. But the outspoken Bellator competitor isn’t going to stay quiet if that is indeed the case (huge surprise there, we know). Danis got onto his Instagram this weekend to call Khabib out, claiming that he hit the lightweight champ with some good shots. He even claimed he was stopped as he ‘lit Khabib up like a Christmas tree’:

@khabib_nurmagomedov You ate a beautiful timed counter right hand as you landed plus absorbed multiple uppercuts from the clinch, to stop me from lighting you up like a Christmas tree you proceeded to run away. While I am being restrained by law enforcement your teammates come from behind and rabbit punch me a cowards move. Who’s the honorable team?

Did That Really Happen?

Quite the aggressive retelling of the scene from Danis. While he may have landed a grazing punch as Khabib leaped into the crowd, it’s doubtful he did as much damage as he claimed to have done. The brawl was broken up by the multiple security personnel present at the T-Mobile Arena in Las Vegas.

Danis has a shining 1-0 record in MMA compared to Khabib’s 27-0 run to the UFC lightweight championship. There’s a mountainous gap between the two competitors. Yet Danis continues to make his name relevant by latching on to McGregor and calling out Khabib.

That isn’t likely to stop for the foreseeable future, either. Danis’ above video doesn’t necessarily prove all of the claims he made either. It’s too chaotic and jumbled to see what actually happened between him and Khabib. Regardless, he’s going to call out Khabib and his team for as long as it takes to get his name noticed on social media.

For now, it’s working. But you have to wonder how much longer Danis can get by on trash talk without winning a fight.