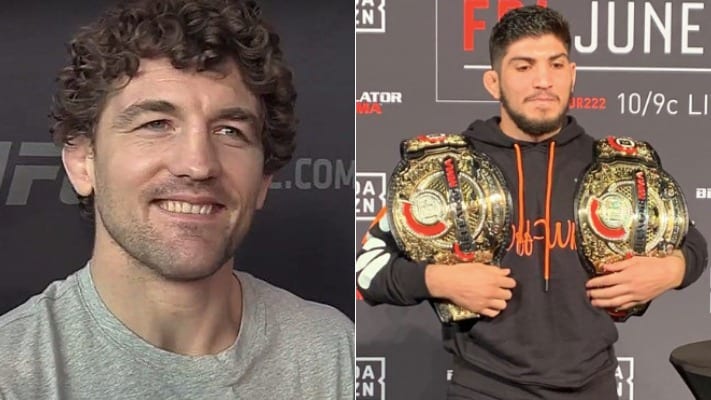 This tweet comes after an interview Danis did with ESPN’s Ariel Helwani in which he took aim at many of MMA’s most popular athletes as well as the retired “Funky” Ben Askren.

“Think about it, he’s retired they could sign him to Bellator…. Why not? He just said I’ll come back for the right money fight. He always calls me out, so that would be a great one.” Danis followed stating that Askren has excuses for why he can’t take the fight. “He’s like saying he needs frickin hip surgery then he’s throwing frisbee full force. Come on, he’s just full of shit.”

This is not the first time a matchup between the two has been spoken of, with Danis sharing that a grappling bout between himself and the former Olympian was in the works previously.

Askren retired in 2019 after facing his only two career losses back to back against Jorge Masvidal and Demian Maia. The former One championship champion had previously been retired before joining the UFC with an undefeated record.

Danis has not fought in some time due to surgeries that had to take place to recover from injuries. He currently holds an undefeated record of 2 wins and 0 losses.

It remains to be seen if Askren would be interested in this match up or if Bellator would be willing to do the deal to make it happen.