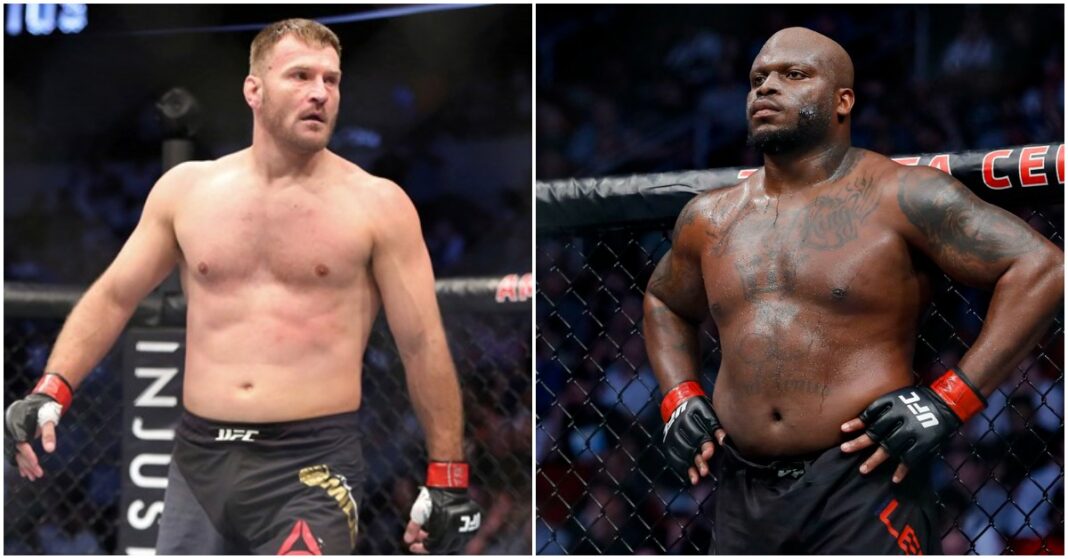 Derrick Lewis wants to give back to the fans in his next fight and thinks he’ll be able to do just that in a match-up with the former two-time heavyweight champion, Stipe Miocic.

‘The Black Beast’ is coming off an impressive first-round KO win over rising star Chris Daukaus. Prior to his most recent outing, Lewis put in a lackluster performance when he took on Ciryl Gane for the interim heavyweight title – suffering a third-round TKO defeat to the Frenchman at UFC 265.

During a recent appearance on The MMA Hour, Lewis revealed his reasoning for targeting a fight with Miocic next, he said.

“This last fight helped me It was a big experience difference and I just wanted to finally go into a fight week and not put pressure on myself, and it felt great. I plan on doing that for the rest of my career — just go out there and have fun. I feel like I don’t have to prove anything and that’s one of the reasons why I want to fight Stipe next. I believe that would be a great matchup for the fans and for both of us. He’s more of a wrestler, and I’m more of a wrestler, too. So it would be a great, entertaining fight.

Derrick Lewis Feels Like He Owes The Fans A Good Fight

Lewis wants to repay fans for his disappointing performance at UFC 265.

“I’ve fought just about everyone in the division in the top-10. It’d be a new face, new blood, and I believe I’d be a heavy underdog in this fight. I can get my fans their money back from the Gane fight,” Lewis said.

“After that fight [with Gane], I didn’t even have to change my number because nobody was hitting me up to go hang out, or this and that. As soon as I win, everybody, and their mommy and daddy, uncles, cousins, everybody is calling me,” Lewis added. “Whenever I lose, nobody wants to talk to me, nobody wants to be around me. That’s fine with me.”

Do you want to see Derrick Lewis vs. Stipe Miocic?