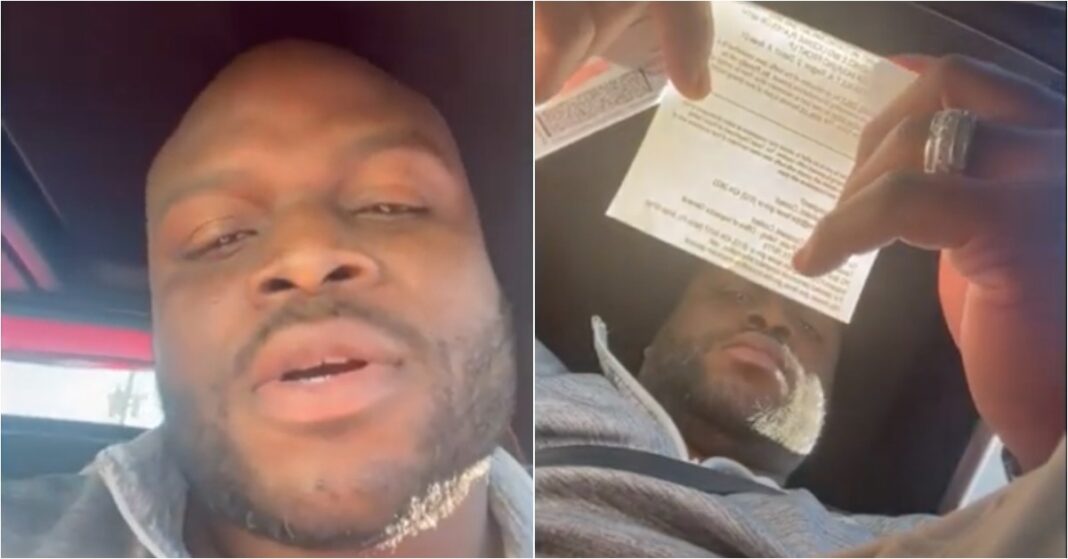 Recent UFC Vegas 45 headliner, Derrick Lewis was pulled over in his vehicle during a traffic stop, and despite finding himself on the receiving end of a ticket from the officer, has taken the chance to poke fun at former law enforcement officer and Saturday’s opponent, Chris Daukaus, claiming he’s now “2-0” against law enforcement in the space of a week.

Crashing forward and clipping Daukaus during a brief clinch exchange, Lewis then dropped the Pennsylvania native at the Octagon strikes in the opening round – earning his stunning twenty first career knockout win, and his thirteenth in his UFC tenure – the most in the entire history of the organization.

Posting a video on his social media today, Lewis, the #3 ranked heavyweight contender, Lewis is in the middle of a traffic stop, for apparently not displaying a license plate on the front of his vehicle.

Upon the responding officer issuing him just a ticket for the infringement, Lewis pointed the camera toward himself, saying, “Alright, Chris Daukaus – I’m still 2-0,” Derrick Lewis said. “He just gave me a warning. You tried it.”

Off the back of his stoppage win over Daukaus, Lewis maintained that he was still interested in fighting for the promotion’s heavyweight title, however, hoped the promotion would make an exception for him and stage any potential fight over the course of three rounds.

With past-foes, Francis Ngannou and Gane set to meet next month in a heavyweight title unification bout at UFC 270 – Lewis has claimed he would be as ready as possible to serve as a backup should the organization require his services on short notice.