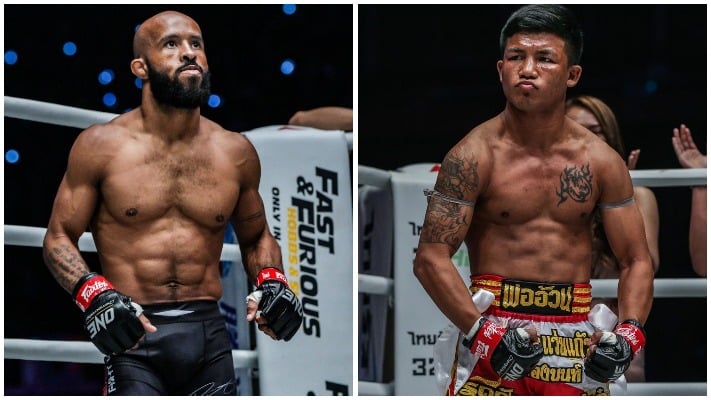 The Chairman of ONE Championship Chatri Sityodtong went on The MMA Hour to talk to Ariel Helwani this afternoon and announced that Demetrious Johnson‘s next fight will be a Muay Thai/MMA special rules fight against ONE Flyweight Muay Thai champ Rodtang Jitmuangnon on Dec. 5. The first and third rounds are Muay Thai and the second and fourth rounds are MMA.

This is quite the out-of-the-box idea for ONE Championship and one that almost certainly excites hardcore and casual fans all around the world.

It will be their 10th anniversary of the company and they are looking to make it a special event. The rounds will be 3 minutes in this bout. Chatri went on to continue why they are going with this type of fight.

“It’s going to bring back a Pride-style matchup and something that will commemorate and celebrate Martial Arts and its history for our anniversary.”

This is certainly one of the more unique matchups in some time and in all likelihood in the history of Mixed Martial Arts. This fight will go down on December 5th, 2021.

‘Mighty Mouse’ will be competing for the first time since suffering the first KO loss of his career. The former UFC flyweight champion was stopped by Adriano Moraes when he challenged for ONE Championship gold at Singapore Indoor Stadium in Singapore back in April.

How do you feel about this fight? Is this something that excites you? Will Demetrious Johnson come out on top?