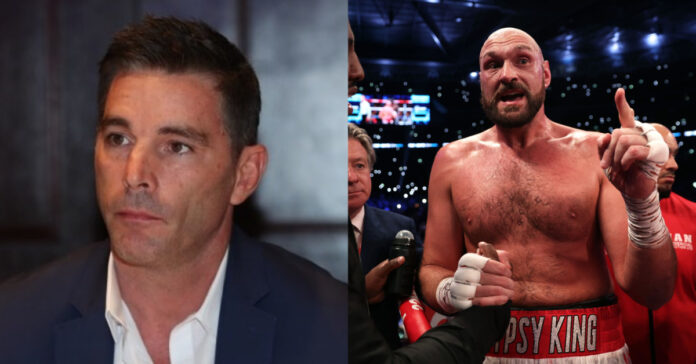 Bare Knuckle Fighting Championship president, David Feldman says he has his eyes on Tyson Fury following the Brit’s confirmation of his retirement from professional boxing.

Over the past few years, combat sports fans have been witness to the growth of the Bare Knuckle Fighting Championship. David Feldman, founder and president of the BKFC has made been making some big moves and has acquired well-known talent from the combat sports world.

Paige VanZant, Rachel Ostovich and Chad Mendes are some of the names that Feldman has managed to bring in but his sights are set much higher.

Talking to talkSPORT, Feldman says that he would like to sign newly retired WBC heavyweight champion, Tyson Fury.

“I think it [signing Tyson Fury] is definitely possible, if they take us seriously because we are the new kid on the block, they might not listen to us. If they listen to us, then absolutely I think we can get a deal done,”

Feldman also added that although he has signed some big names in the MMA world, he wanted to start recruiting from professional gloved boxing.

“I just wanna get some more of these boxers. We are going to make a play for some of these really good boxers,” Feldman said.

“I can’t mention their names right now because it’s not done but we have two of the top 10 in the world we are negotiating with right now” (quotes via talkSport).

Would you like to see Tyson Fury in BKFC?