LowKickMMA.com
Home Global MMA Darren Till: Charles Oliveira Is ‘The best Lightweight On The planet’ 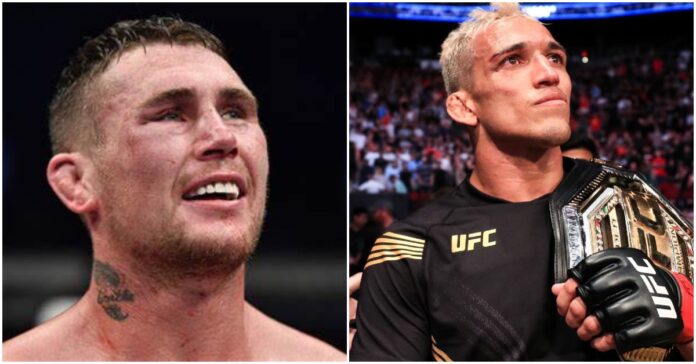 Darren Till believes Charles Oliveira is the best lightweight on the planet.

Till, in his early career, was touted as an up and coming prospect and at the start he was living up to that expectation. Wins over Stephen Thompson and Donald Cerrone would help boost Darren Till on his way to a title shot against Tyron Woodley.

‘The Gorilla’ would fall short against Woodley and following on from this bout Till would go on to lose three of his next four to Jorge Masvidal, Robert Whittaker and most recently Derek Brunson. His only win in this period would be a split decision victory over Kelvin Gastelum.

However, Till should not be discouraged, to look at what Charles Oliveira has done since he started in the UFC to where he is today no one could have expected and speaking in a recent interview on The MMA Hour Till highlighted the inspiration he takes from Oliveira’s story.

What is next for Darren Till?

Till currently sits at a crossroads in his career with him still being only 28 he has plenty of time left within the sport, however, recent results show that he needs some change and to adjust in his game.

His next opportunity to show improvements could come against Number 9 ranked middleweight Urian Hall, as the two have been suggested to be the main event to headline a UFC London card scheduled for March 19th.

Could you see Darren Till one day claiming UFC gold?