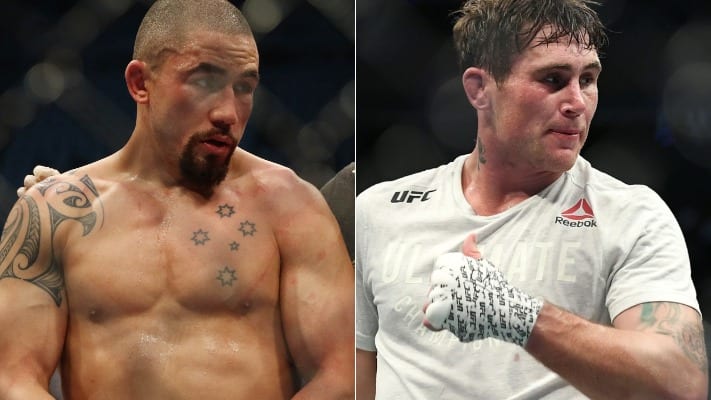 It looks like both Robert Whittaker and Darren Till are down to fight each other next year at UFC London. The Las Vegas-based mixed martial arts (MMA) promotion is rumored to be returning to London in February of 2020.

Speaking in an interview earlier this month, Whittaker noted he’d like to fight “The Gorilla” on the card.

“That’s the fight I’m currently interested in,” Whittaker said. “Plus I’ve never been to Europe before, so what better reason to go?”

Now, taking to Twitter, Till has accepted the former 185-pound champion’s challenge.

The fight certainly makes sense for both men. Whittaker comes off of a second-round knockout loss to Israel Adesanya, in which he lost the UFC middleweight championship. Till, a former title challenger at 170 pounds, recently made the jump up to middleweight.

He was successful in his divisional debut when he co-main evented UFC 244 from Madison Square Garden earlier this month. The Englishman picked up a split decision win over Kelvin Gastelum after 15 minutes inside the Octagon. Till and Whittaker are two of the best strikers under the UFC’s banner. A potential clash between the pair would make for a highly entertaining bout.

What do you think about a potential fight between Till and Whittaker in London?