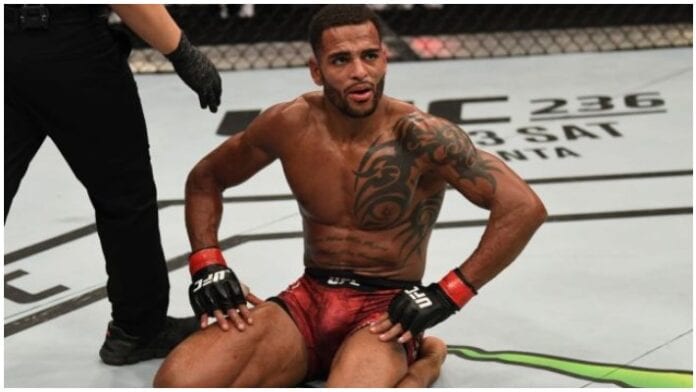 British welterweight Danny Roberts has pulled out of his fight with Nicolas Dalby which was scheduled to take place on July 25 – he has been replaced by UFC veteran Jesse Ronson. Roberts took to social media to confirm an injury had forced him out of the bout, he wrote.

“Yes, it’s true. I’m injured and, therefore, will not be fighting at Fight Island on 25 July. I’ve done everything within my control to prepare myself for the fight but the body says no. This decision has not been taken lightly and is one that I’ve never had to make before but it’s one I’ve had to make now. It wouldn’t have been fair to myself or my opponent to leave it any later to make this call. I’ll be back soon, gutted.”

Dalby also took to Instagram to react the news Roberts had fallen out of their fight and been replaced by UFC veteran Jesse Ronson, he wrote.

“That feeling when you find out your opponent for Fight Island is injured. but @UFC has already found a replacement for your #FightIsland fight! The Lokomotivo will now be taking on Jesse Ronson(fought to a split decision with Kevin Lee!) on July 25th. Can’t wait.”

Ronson returns to the UFC after being released by the promotion in 2014. The Canadian lost three straight UFC fights by split decision to Michel Prazeres, Francisco Trinaldo, and Kevin Lee. Ronson picked up a first-round submission win in his last fight in Canadian promotion BTC.

Dalby made his return to the UFC in his home country of Denmark last year when he beat Alex Oliveira by decision. He was originally booked to face Roberts at UFC London in March before the ongoing global pandemic meant that event was scrapped. Dalby will now face Ronson on ‘Fight Island’ later this month.