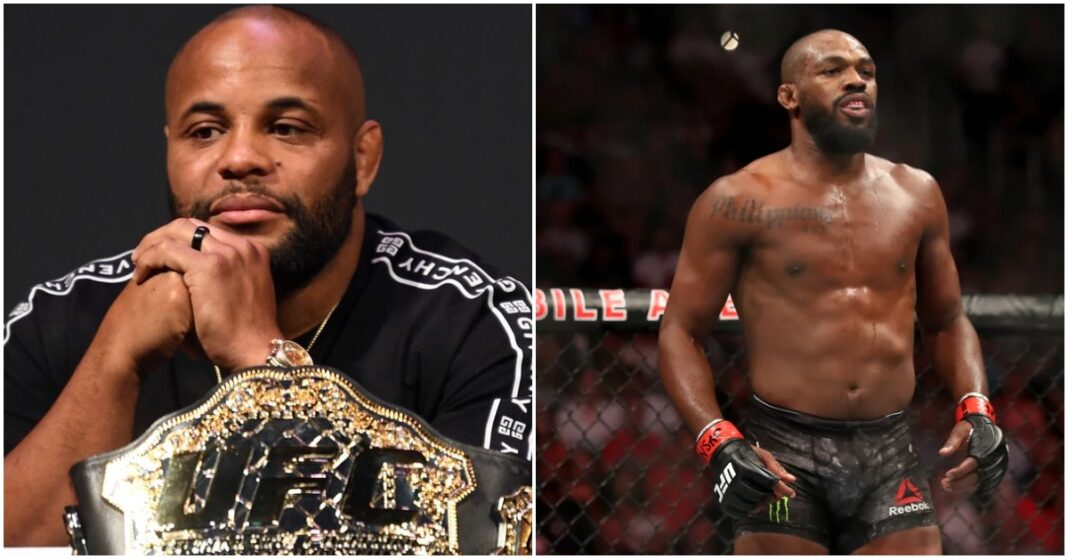 Daniel Cormier believes Jon Jones is well within his rights to take aim at Chael Sonnen given how the media seem disinterested in covering the story due to Sonnen’s reputation.

Jones himself is known for getting into trouble and any mixed martial arts fan could give you a list of examples where he has done just this. However, it appears there is less interest in putting the spotlight on these stories when its someone like Sonnen involved, Jones was quick to point out.

“Man, everyone and their mom covered my story when I was an asshole in Las Vegas, Sonnen allegedly attacks his wife, another woman along with like five men and crickets,” Jones wrote on Twitter.

Sonnen is facing multiple charges after it was revealed he had allegedly assaulted a couple in Las Vegas.

Sonnen often is one of the bigger critics of Jon Jones and his career choices so therefore Daniel Cormier can see no issue with Jones firing back at the man who so often comes for him.

“Chael, my boy, is going to say whatever he feels like saying, and in that, you open yourself up for that rebuttal if by chance you find yourself in a situation,” Cormier said on his YouTube channel. “Unfortunately, Chael finds himself in a situation, which I have no knowledge to speak on.

“Now, the man that sat up there for years, Chael, has allowed himself to be judged by a man that’s truly been the butt of everyone’s jokes for so long. So I asked myself, Are we adults? Yes, we are. But in this instance, do I think Jones would act like one? Absolutely not.

“Is he wrong for not acting like one? Absolutely not. … I’m not surprised that Jones is taking shots at Chael right now because every time that Jones found himself in that position, and that was a multitude of times, Chael was there to judge.”

Daniel Cormier did go onto say how he felt a line had been crossed given the case is now a legal matter and feels in these types of situations both fighters should turn the other cheek and not get involved. (Transcribed by MMA Junkie)

Is Jones in the wrong for taunting Chael Sonnen amidst his legal trouble?