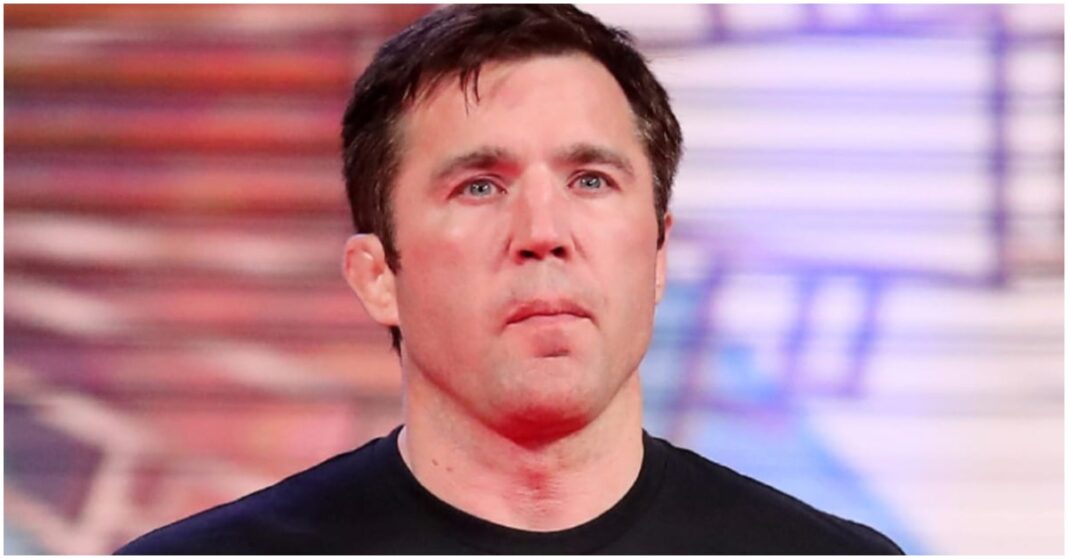 According to TMZ, former UFC fighter Chael Sonnen threw a woman into a light fixture and hit her. The incident caused the woman to bleed from the face.

Sonnen was involved in a brawl at ‘The Luxor’, a Las Vegas Hotel back in December of 2021. The brawl has caused the UFC legend to be charged with 10 misdemeanor battery charges and a felony battery by strangulation. ‘The Bad Guy’ was seen fighting and beating up five different people at the same time.

The victims of the fight said that the attack was unprovoked, and the woman involved (Julie Stellpflug) was trying to pull Sonnen off her husband. That is when Sonnen grabbed her, threw her again the fixture and hit her in the mouth. This is what caused her to bleed from her lip, according to reports.

It looks as if Sonnen’s career as an analyst for ESPN may possibly be in jeopardy at the moment. ESPN is owned by Disney, and they have a clear set of values they look to uphold. ESPN clearly stated he would not be on any programs while they were looking into the matter. He is currently suspended with no timeframe to come back.

Sonnen had said he had no recollection of the incident at all. He said he took a sleeping pill and doesn’t remember a thing that happened. Sonnen was very critical of Jon Jones when his incident in Las Vegas with his ex-fiancé occurred last year. It didn’t take too long for Jones to react to Sonnen’s case and believes that everyone jumped on him, but didn’t keep that same energy when it came to Sonnen. Sonnen’s case is obviously very different to Jones’s and every major news outlet has been running with the story as more information comes out.

What do you make of these new developments in Sonnen’s case?