LowKickMMA.com
Home Global MMA Daniel Cormier Tells Jake Paul, Anderson Silva is ‘Who You Should Be... 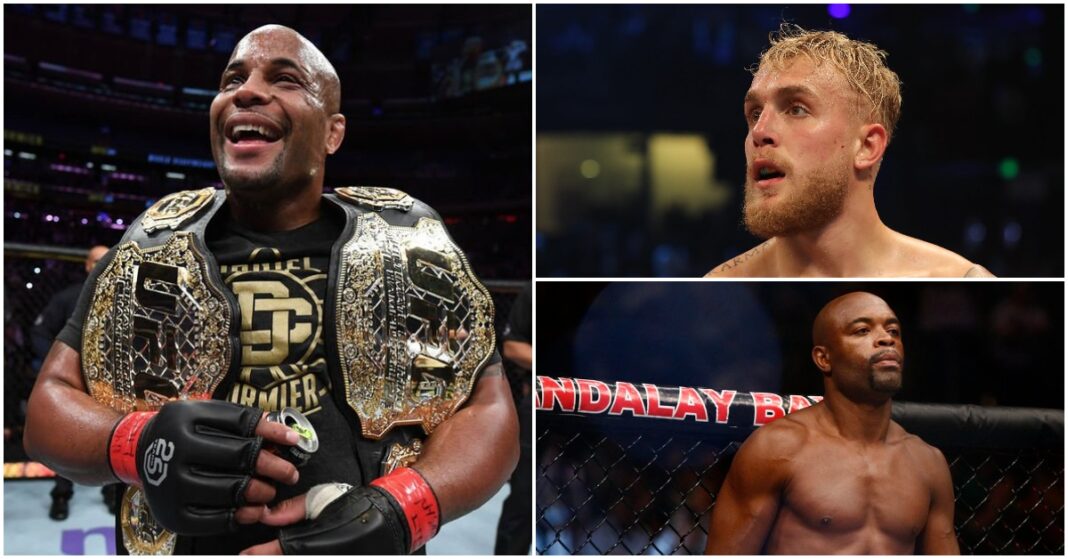 Bisping being the fighting man that he is wants the matchup, with the stipulation he had some time to lose weight first and get back into fighting shape. However, a long-time friend of Bisping, Daniel Cormier, has called for Paul to test himself against ‘The Spider’ instead.

Daniel Cormier would go on to explain how he felt Silva was a better fit in comparison to Bisping with the Brazilian still being a former title holder in the UFC but also a currently active boxer too.

“You should be calling out Anderson, not Michael Bisping. That’s the fight. Not only does that fight fit the mold of what you’re doing, that fight actually gives us some idea of what this thing is that you’re trying to do or portray.”

Although Cormier is not against Bisping taking on Jake Paul as he believes the British fighter would take him into deep waters. For Paul to progress this fight needs to be against Anderson Silva.

How do you feel Jake Paul would fair against Anderson Silva or Michael Bisping?