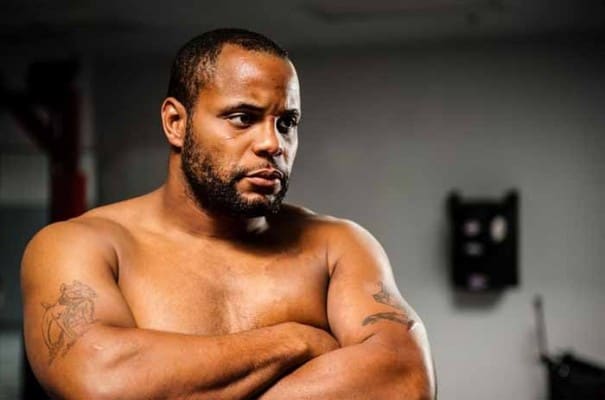 UFC light-heavyweight Daniel Cormier continues his rise as a fighter, but is also the new permanent co-host for UFC Tonight….

Daniel Cormier has been all over the headlines this year; from smashing Dan Henderson and Pat Cummins to make it 4-0 in the UFC, to getting booked in against Jon Jones at UFC 178, then at UFC 182, and also for the infamous media day brawl and ‘hot mic’ fiasco. News was released today that “DC” is the new full time co-host of UFC Tonight, and his colleague Kenny Florian commented to FOX Sports about Cormier’s promotion:

“”I’m very excited that Daniel Cormier will be my partner on UFC Tonight,” Florian said. “Daniel is one of the few people who can bring high level analysis, world class fighting skill, experience, humor and personality to the table. Having a friend like Daniel on set makes the show a lot more fun and I look forward to many shows with him.”

Recently named the new captain of American Kickboxing Academy, it has been quite a busy 2014 for “DC””. Appearing on today’s episode of The MMA Hour to discuss his new job as co-host on FOX Sport’s UFC Tonight:

“It’s awesome, because it’s something I’ve always wanted to do. Brian Stann is amazing, Brendan Schaub, and it shows the confidence that FOX have in me after the great guys that came in and tried to do it. These guys will take my place as I go and train, because they are good enough to do that.”

“It’s all building up to January 3rd, it’s up to me to go get it. Everything is just building to that date, I can’t wait. The last 5 months have been the best stretch in my whole life. I think about Jon Jones every day. I think people are tired of hearing me talk about him so much. I’m always talking and thinking about Jon Jones.”

Cormier’s recent stock has risen massively, promotions across the board and of course the biggest title fight in a long time, vs Jon Jones in January 2015. “DC” was then posed the question about Alexander Gustafsson, and whether he feels bad about “The Mauler” being bumped out of his title shot after injuring his knee.

“Sometimes things come down to the person that is willing to step up. Did we know that Jon and I would be so electric? No. I’m not gonna feel bad (for Gustafsson), he is just a victim of circumstance, and I won’t feel bad when I beat Jones and he gets the rematch. I don’t feel bad for Alexander Gustafsson at all.”

It certainly was a tough pill to swallow for the Swedish star, but it’s never straight forward trying to get a UFC title shot. If Gus can remain winning, a future title shot will surely arise, although that’s easier said than done. Looking forward for Daniel Cormier, he could well become the biggest star in MMA if he beats Jon Jones.

Do you think that the former Strikeforce champion will take out “Bones”, or will the champion be the first to beat Cormier?