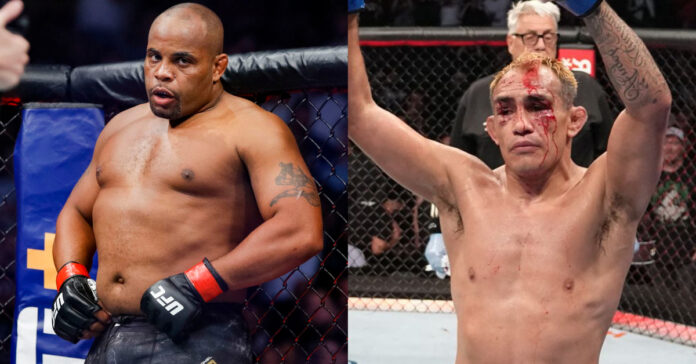 Daniel Cormier argued against Tony Ferguson claiming he’s back after his last outing against Nate Diaz at UFC 279.

This past Saturday, Ferguson took on Diaz on a day’s notice after top-ranked welterweight contender Khamzat Chimaev came in seven and a half pounds over the agreed weight limit to save the card from collapsing. Diaz came out on top of their main event contest, handing Ferguson his fifth straight loss.

Following the defeat, Ferguson declared that he was back to competing well. Former UFC two-division champion Daniel Cormier dismissed his claims, explaining his sharp and sudden decline from the top.

“The most discouraging thing about it is Tony Ferguson’s decline,” Cormier said on his YouTube channel (ht BJPenn.com). “It’s sad because for so long, he was so good in a weight division where it was hard to become the champion. So he only held a portion of the belt by becoming interim champion, but Tony Ferguson at his peak was as good as anybody in the UFC. But his decline now has been very steep, and it hasn’t been gradual. It was very fast how he kind of fell off a cliff.

Cormier doesn’t believe there was not much Ferguson could take from his last showing. He acknowledged the good parts of his performance but does not feel like “El Cucuy” will be able to get closer to title contention.

Do you agree with Daniel Cormier on Ferguson’s recent performance?