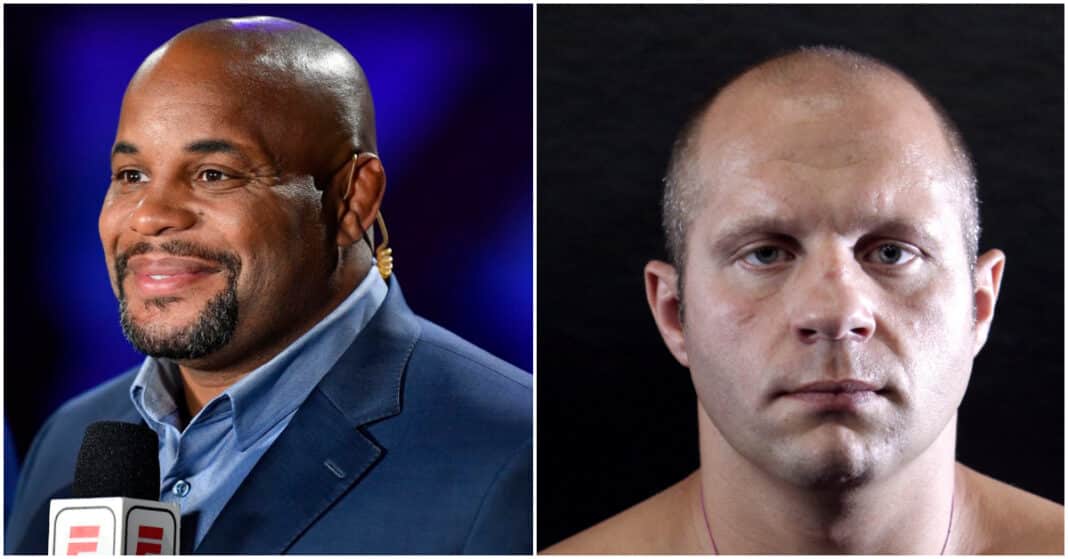 The fantasy of Fedor Emelianenko competing in the UFC lives on thanks to Daniel Cormier.

There are millions upon millions of UFC what-if scenarios that have come and gone over the years. One of the most popular ones is what if Fedor fought in the UFC? It is a timeless question that can be debated and debated and debated. The fact of the matter is no one really knows, and sadly we never found out.

On Thursday, former two-division champion Cormier made the topic somewhat come back alive. On his new show Debate DC, the question was asked, would Fedor Emelianenko have succeeded in UFC?

Cormier said Fedor Emelianenko would have been average at best and wouldn’t have competed very well.

“We need to set a time frame. Okay, the time frame for me is 2009-2011,” Cormier said. “2009 to 2011 is where the UFC dealt with Fedor or at least tried to make something happen because the UFC was interested for a long time until he went to Bellator, and then obviously he’s off-limits. But all the time, Fedor kind of flew around, fighting in organizations. Things can still be done.

Here is what I say to you. Versus Brock Lesnar, I’ll give you that. I think he beats Brock Lesnar, I do. But outside of that, I don’t think Fedor competes very well in the UFC. I think that, honestly, Fedor not going to the UFC allowed for the intrigue to stay, but the reality of the situation is he would not have done well against those guys like JDS [Junior dos Santos], he wasn’t beating Cain Velasquez, he would have struggled with guys like Cheick Kongo. He was not beating those guys that were at the top of the UFC at that time. I’m certain of it.”

“I know you’re gonna say, Well he beat this guy, he beat [Antonio Rodrigo] Nogueira, and he beat Frank Mir. Hey, for as great as he is, he would have been, at that time in the sport, average at best. I’m telling you, right now. Fedor Emelianenko in the UFC between 2009-11, average at best.” (MMAFighting)

It is a debate that we will hear for a long as the sport is around. How would Emelianenko have done in the UFC if Dana White could have signed him? We will never know, and that is the sad thing.

However, Emelianenko returns to action this week at Bellator 269 in his home country of Russia. He faces Tim Johnson in the main event.

How do you think Fedor would have done in the UFC?