At last night’s UFC Fight Night 35 post-fight media scrum, the subject of Nate Diaz was raised to Dana White and the question of Nate’s turning down a fight with fellow lightweight, Khabib Nurmagomedov.

In preface, it should be stated that the topic has become very much a back-and-forth between the two parties. For his part, Nate has stated that he didn’t turn down the fight with Nurmagomedov, but rather simply asked to be paid more for taking it. In essence and according to White, Nate was / is ostensibly looking for a “renegotiation” of his contract. Or as Nate so eloquently summed it up on his Twitter account and regarding the matter, “F U Pay Me.”

Per Contra, the UFC’s president is of the opinion that Diaz did turn the Nurmagomedov match down, and further, White appears to be of the mind that Nat’es reasoning had more to do with the fact that “people aren’t too excited about fighting this guy”, than it had anything to do with money. Of course and by inference, fans are meant to take from this is that Nate is using money as a reason / excuse to not take the fight with Nurmagomedov.

However, that argument might be tough to sell fans on.

First, Nate doesn’t have a reputation for ducking fights; no Diaz brother does. Secondly, Nate turning down the fight is in keeping with his post TUF 18 (win) comments, which were that he was going to wait on big fights (title shot / title contender) and that he wanted to get paid more. As such, Nate is simply adhering to his word and sticking to his guns. In a nutshell, Diaz doesn’t see “The Eagle” as a big fight or opportunity and certainly not one that White is prepared to pay him more for taking. Concordantly, he declined White’s offer.

Finally and to Nate’s point about money, fans will recall that Diaz earned a paltry $30,000 for his last fight; TUF 18 Finale, Gray Maynard; round one TKO. Of that, his purse was evenly split between $15K of guaranteed show money and 15K of win cash.

To say the least, it’s not a lot of income and certainly not after having been with the brand for seven years. Through his tenure in the promotion Diaz has amassed a solid winning record, while at the same time facing the best opponents the promotion had to offer. Again, he’s ducked no fighters. As such an on the face of it, it might look to the average fan that Diaz is underpaid for the return he’s brought.

Over his run Nate has gone 12 & 7, and garnered eleven event bonuses; five FOTNs’, five SOTNs’ & one KOTN. In victory, Nate is a whopping 91% for taking home a bonus and in loss, he still manages to set a 57% mark. In short, he’s a fan pleasing favorite and one that always comes to fight; win or lose.

Put it all together, and fans are likely to have a hard time buying White’s line that Diaz isn’t “excited” to fight Nurmagomedov, or by extension that he’s ducking the Russian. Conversely, they might well understand and accept Nate’s arguement that he wants to be paid more. As such and on both of issues, turning the Nurmagomedov fight down and salary complaints, fans are likely to side with Nate.

However, the UFC’s president made it clear that he feels that much of the 155 pound class, not just Diaz, is reticent to face the 5 & 0 (UFC) Russian Eagle, and that regardless of Nate’s rank and tenure, being 1 & 2 over his last three fights doesn’t leave him (Diaz) in a position to dictate either his opponents or his salary.

As White put it:

“I like Nate Diaz. Nate and I go all the way back to “The Ultimate Fighter.” I’ve never had any problems with Nate, but first of all Nate’s won one fight out of his last three fights, right. And to be talking about a contract renegotiation when you’ve won one fight; granted he looked good, he looked good against (Gray) Maynard, but now you’re back on track to, uhm and to ask for a title fight like ‘I should be fighting for the title or I should be doing this’, dude, you just won one fight. Ya know and the way that I look at it and it’s not just those two (Nate Diaz & Gilbert Melendez (?)), but people aren’t too excited about fighting this guy. Ya know, but I love his attitude. He’s calling everybody out and saying ‘let’s do it, let’s fight’. Ya know, I love that kid’s attitude. It’s my kind of guy. He’s a stud…I like guys that are willing to step up and fight anybody; they don’t care, ya know.” 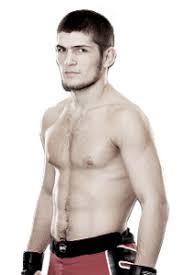 In terms of Dana’s remarks, fans might agree with some of it, but probably not all of it. Yes, Nate has only one win in his last three fights and really isn’t in a position to turn down a fight with the surging 25 year old, but it’s hard to see how fans will side with Dana on the question of Nate’s salary. To sum it up, fans are likely to side heavily with Diaz on the subject of his financial compensation, or lack thereof, and come to the conclusion that if the UFC ponied up and paid Diaz more, which would seem reasonable, that he’d take the fight; no problem. Subsequently, fans are apt to see this as an issue of money and not one of fear.

Finally and to put Nate’s case in context, fans should consider the following, that in his last fight Nurmagomedov was paid 14K of show money & 14 K of win cash, for beating Pat Healy; UFC 165, unanimous decision. That means that his guarantee and bonus were 2K short of what Nate was paid for beating Gray Maynard at the TUF 18 finale. In other words, Nurmagomedov is ostensibly making what Nate makes, and with only five promotional fights to his credit. Again and in comparison, Nate has 19. Further and anecdotally, Nate also went 5 & 0 over his first five in the senior circuit; same as the Eagle. Further still, he finished the first four of those five, where Nurmagomedov only finished two of his first five. In short, Diaz’s UFC compensation package doesn’t appear to be commensurate with his tenure and record, and is woeful when compared to that of other, less accomplished or acclaimed fighters.

As a final point of interest, fans might be even more bewildered that Pat Healy, 0 – 2 & 1 (NC) in the UFC, was paid 25K for his last fight and loss to, Nurmagomedov; UFC on FOX 9; unanimous decision defeat. Taking that into consideration, fans are likely to think that Diaz is grossly underpaid and as such, the promotion should do the right thing and address the situation.