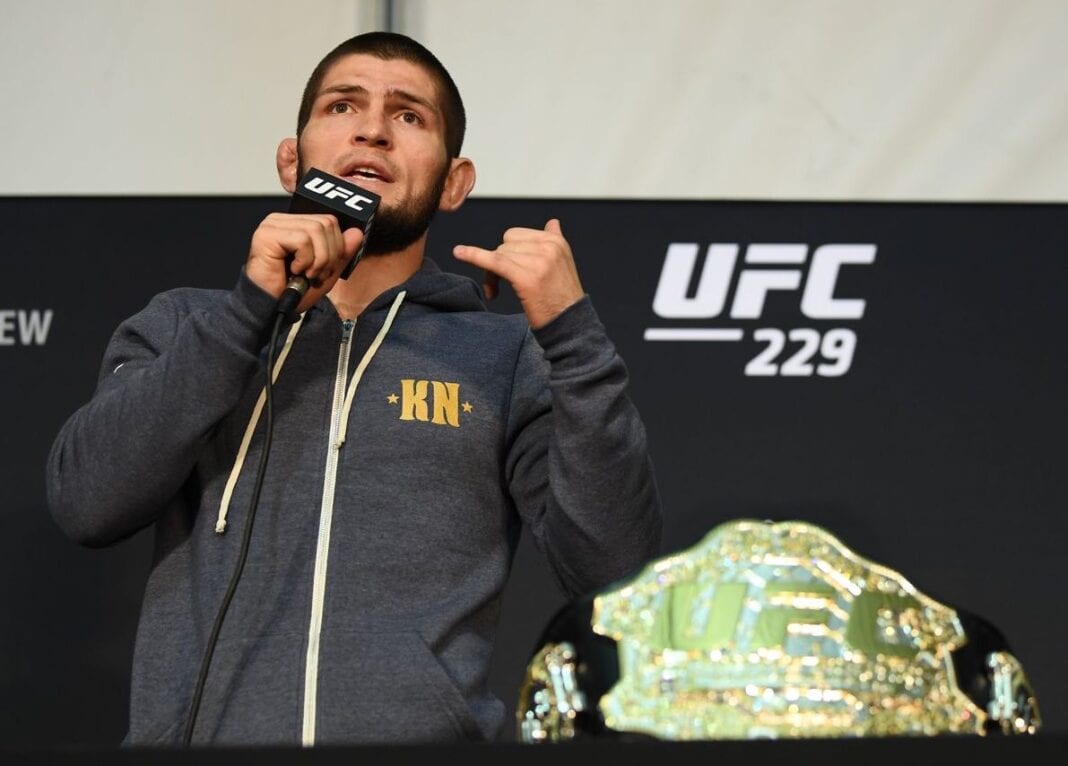 There will be no vacant lightweight title fight — that’s because Khabib Nurmagomedov is still the champion. At least, that’s what UFC president Dana White says.

Nurmagomedov retired from mixed martial arts following his second-round submission win over Justin Gaethje in the UFC 254 headliner last week. “”The Eagle” notably revealed he promised his mother that UFC 254 would be his last time inside the Octagon.

However, White recently revealed the bombshell that he expects Nurmagomedov to come back and look to go 30-0 before properly calling it a day.

That is one of the reasons why the planned UFC 257 fight between Conor McGregor and Dustin Poirier or any other lightweight fight will not be for a vacant title.

“Well, he didn’t say that he’ll fight, but he didn’t say no,” White said at the UFC Vegas 12 post-fight press conference (via MMA Junkie). “He’s considering the 30-0. His father wanted it and I think that he was super-emotional. (He) had the mumps, measles or whatever, broken toe, trained on a stationary bike for that fight, and then came in and fought, and he was super-emotional.

“He’s still the champ – there’s no vacant title open right now, or no interim title happening. He’s the champ and we’ll give him some time to figure out what he wants to do. … I feel pretty good (about it). He said he was going to talk with his mother.”

Perhaps there is still hope of seeing a dream fight with Tony Ferguson or a rematch with McGregor. Or even a super fight with Georges St-Pierre.

Who do you think Nurmagomedov will face if he does come back?