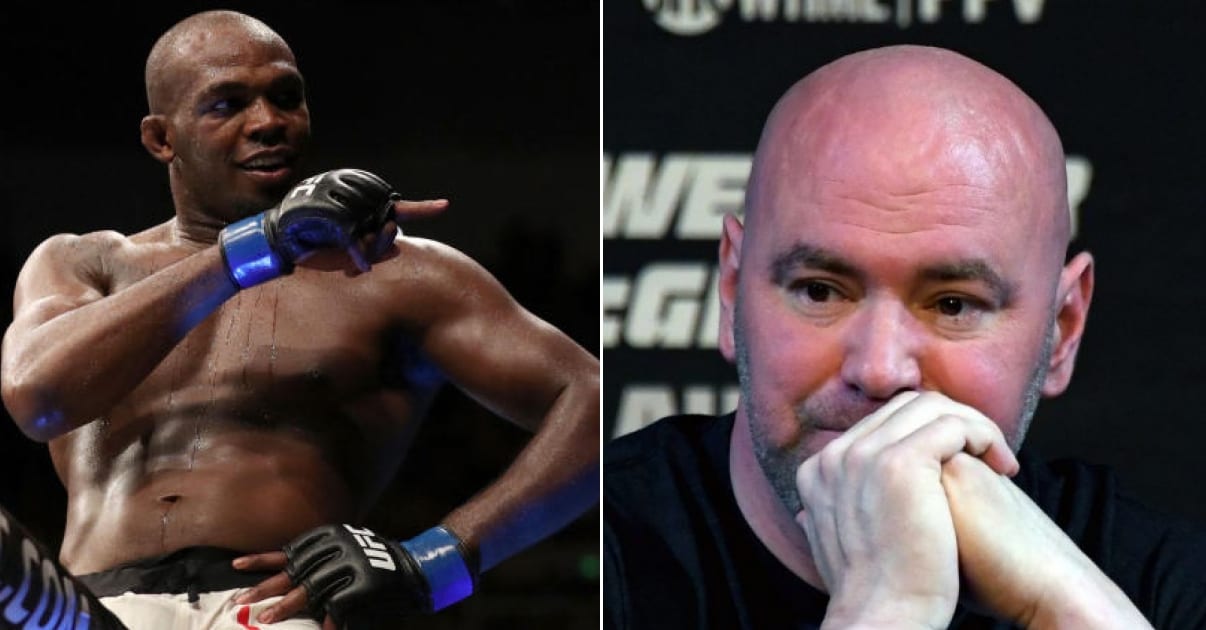 Now that Jon Jones is free to return to action in October, Dana White speculates on whether or not Jones will be in the main event of UFC 230.

The former two-time light heavyweight champion caught yet another break earlier this evening (Sept. 19, 2018) when an arbitrator ruled Jones would have to serve a 15-month suspension that was handed out by the United States Anti Doping Agency (USADA).

Rumors started to circulate earlier this week regarding Jones possibly being eligible to compete at UFC 230 in Madison Square Garden. Not so fast, says the boss.

White told ESPN Wednesday night that Jones is not targeted to compete on November’s pay-per-view card. UFC 230 is main eventless as of this writing.

I told Dana White the obvious assumption everyone is making is Jon Jones will headline MSG on 11/3. He replied, “not true.”

“The arbitrator found that Jones never intentionally or knowingly took steroids and the result of the positive test was the result of a contaminated substance,” White wrote. “The science completely supports that finding. The science doesn’t lie so I look forward to getting him back early next year.”

Jon Jones isn’t scheduled and currently isn’t in the plans to compete on the Nov. 3 card at MSG, according to multiple sources.

The news of Jones receiving a 15-month suspension is just about the best-case scenario for Jones, White, and the UFC.

Considering “Bones” was looking at a potential maximum suspension of four years, its safe to say he got off easy this time. Let’s hope this is the last time Jones finds himself caught in this self-destructive cycle.

Jones would love nothing more than to make his return to the octagon in front of his home state, something that previously thought impossible.

UFC 230 takes place Nov. 3 at Madison Square Garden in New York City. We’ll see if Jones is on it. After all, some things White has said, the opposite did end up being true.