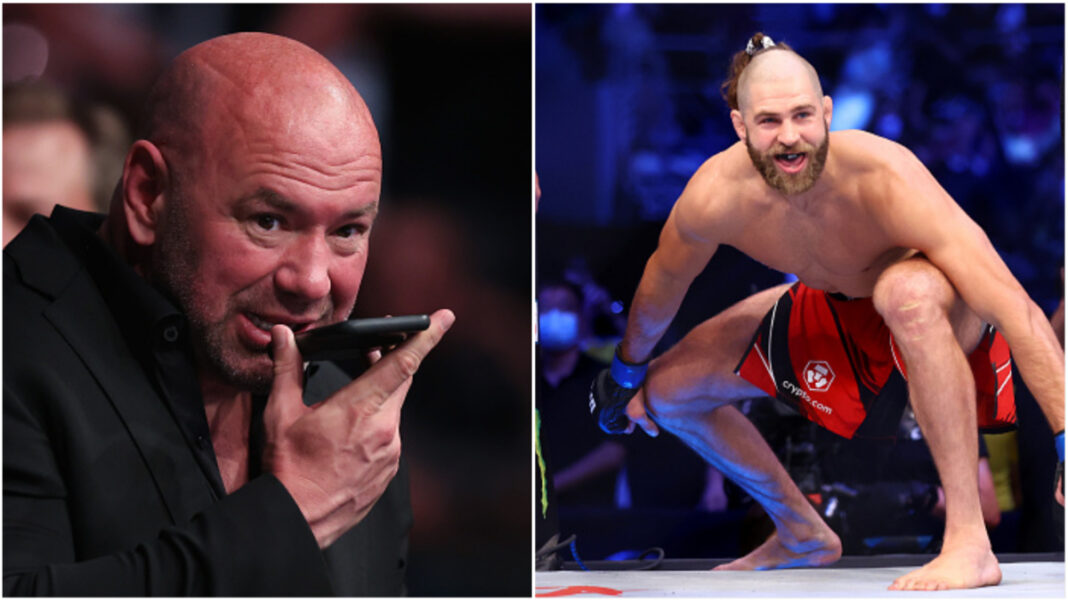 After a stunning win at UFC 275 to claim the light heavyweight title, it could be safe to say that Jiri Prochazka has ascended into superstardom. So, it’s no surprise that after the fights at UFC Austin, Dana White was asked about the possibility of a European PPV featuring Prochazka as one side of the main event.

“We wanna take this thing everywhere,” Dana White began. “It’s just gonna depend on what’s going on around the world, as far as COVID restrictions and that type of stuff. I’m going to places that are easy to run the business. That’s where I’m going.”

“But yes,” White continued. “Eventually we wanna go everywhere. That thing (Jiri Prochazka returning home to the Czech Republic) reminded me of Brady and the Patriots going back to town after winning a Super Bowl. That’s what that looked like. So yes, It would be incredible to do an event there (in the Czech Republic or Europe).”

European PPV Could Be Next for Jiri Prochazka, But Who Does He Defend The Belt Against?

UFC 275 featured one of the greatest light heavyweight fights of all time and ended with Jiri Prochazka locking in a rear-naked choke with less than thirty seconds separating him from a submission victory or a decision loss (as Glover Teixeira was ahead on the judges’ scorecards).

Fortunately for ‘Denisa’, Teixeira would tap and the judges’ score would never play a factor in crowning the winner. And, in only three fights, Jiri Prochazka has realized his UFC dreams and now stands at the top mountain. But, where will he go from here?

A potential rematch with Glover Teixeira could make sense. After all, it was a legendary battle and a true “instant classic”. Both men displayed heart and willpower in what was one of the grittiest fights in recent memory.

However, Jan Blachowicz is also waiting in the wings. Being of European descent himself, he could be an ideal partner for Prochazka to headline a massive European PPV with.

Who would you like to see face Jiri Prochazka, and where in Europe should the UFC look to hold an event?