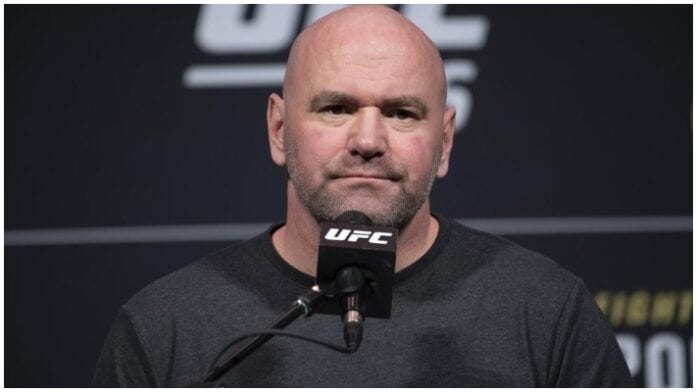 After the Light-heavyweight title was decided in UFC 259’s main event, UFC President Dana White was critical of the judge’s scorecards, not criticizing the outcome of the fight, but how the judges chose to score each round.

“I think we can all agree, that fight wasn’t 4-1,” White said in the post-fight press conference. “If anyone watched that fight and thought that was 4-1 you’re nuts, it was even going into the last round and Israel was winning the first half of the round, and then Yan took him down and won the fight in the second half of the round.

Israel Adesanya‘s bid at the light-heavyweight title wound up being a five-round technical battle with the first three rounds being extremely close and the final two seeing the champion Jan Blachowicz utilize his grappling to take the rounds and secure his victory.

Once the judges had read their scorecards it was clear that two of the three had given Blachowicz a 10-8 round in the fight, this decision did not sit right with White who shared that the judge’s scores are an issue that needs to be addressed.

“The only thing that makes that fight 4-1 are ridiculous 10-8 rounds, It’s a big problem with judging that needs to be fixed.”

Judges are a point that has been highly criticized in MMA for the longest time, some organizations have trialed different systems such as the open scoring system to see if fights have an outcome more similar to how the fight unfolds. Currently, the UFC boasts the 10-9 must system, in this system rounds will be scored 10-9 in favor of the fighter who had the most effective action, however, if the round is dominant for one fighter judges have the option of scoring the fight a 10-8 or in rare cases a 10-7.

What are your thoughts on how the judges saw it at UFC 259?