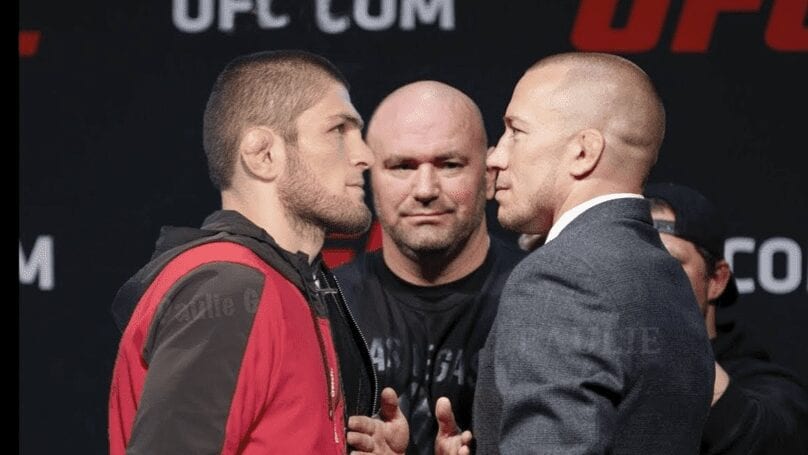 UFC president Dana White seems to have a change of heart regarding a potential Khabib Nurmagomedov vs. Georges St-Pierre fight.

Nurmagomedov had been campaigning for a bout with St-Pierre throughout the year, however, it never came to fruition. St-Pierre claimed the UFC did not want to book the fight and as a result, officially announced his retirement.

“Sure,” White said before taking a long pause at the post-fight press conference when asked about a Nurmagomedov vs. St-Pierre fight.

St-Pierre recently offered a theory as to why the UFC seemed hesitant at first — because “The Eagle” represented a significant investment for the promotion:

“It makes sense in a way,” St-Pierre explained. “My agent explained it to me like, maybe he [Nurmagomedov] represents a significant investment for UFC. He reaches a different type of clientele, from the Middle East, the Muslim world idolizing him. He’s an icon.

“Imagine that they invest a lot of money to promote a big fight between Khabib and I and I win the fight. [Wipes hands and smiles]. I’m out. I’m not interested in signing a fight with Khabib and guarantee them that I want to go back and fight another contender.”

Do you think we’ll see that fight?