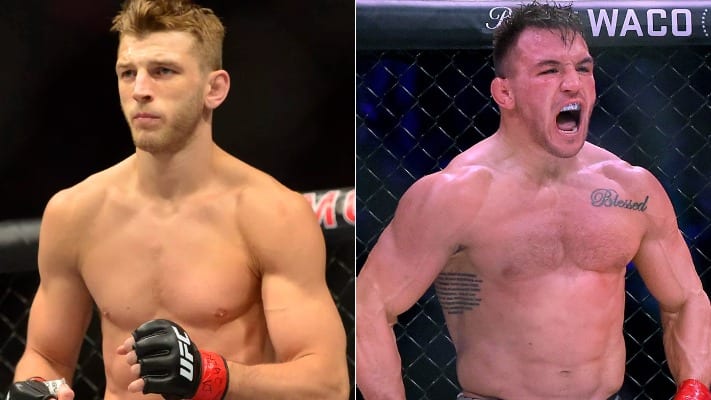 Lightweight contender Dan Hooker thinks the UFC matched him up against Michael Chandler in an attempt to make his opponent look good, but he’s more than happy to play spoiler.

Hooker and Chandler will face off in the co-main event of UFC 257 later this month. It will mark the UFC debut of Chandler, a former Bellator champion who has been heavily promoted since signing with the UFC this past September. He initially made weight and served as the back-up for the lightweight title fight at UFC 254, though his services were not needed. After being linked to a number of high-profile opponents, Chandler eventually signed on to the fight against Hooker.

”The Hangman’ Hooker is coming off a pair of ‘Fight of the Year’ contending bouts in 2020, picking up a decision over Paul Felder before coming out on the wrong end of the scorecards against Dustin Poirier. In a recent interview with SCMP MMA, Hooker addressed his role as underdog coming in to the fight, and acknowledged the impact an upset victory could have for him (H/T BJPenn).

“I think they just wanted to get him to a title shot as quickly as possible,” Hooker said. “Anyone that’s been following the sport for a good amount of time knows that danger lies in time. Father time in this sport is not your friend. They want him to come in and look like the man, you know? So if he comes in and he whitewashes a top 5, top 4, top 3 opponent, then people will start going, ‘Title shot, title shot, title shot,’

“Because like 95 percent of people that watch it are lazy. They’ll only watch the highlight reel in the buildup to the fight so they’ll be like, ‘Whoa, he’s a former champ in another organization? He came in and beat a top 5. Now he’s fighting for a title!’ They’re not gonna actually go back and watch his fights. There’s like 5 percent of people that really study the sport and really watch the sport and really research the sport.”

Hooker knows that the UFC wants to leverage Chandler’s success outside of the octagon as a promotional tool. That being said, he’s looking forward to showing the organization they’re putting their money behind the wrong show-pony.

“The danger lies in getting to the top 5,” Hooker continued. “If you were to put him against anyone else who’s come up in the UFC, like top 50, then a top 30, then a top 20, then a top 15-10… then his chances of losing skyrocket exponentially. So the quicker they can get him to a title, the quicker they could market and sell him. To me, you’re gonna give me the new toy? I’m gonna break the new toy real quick. They invested a whole lot of money to get this guy out of his contract and get him over to the UFC and they’re gonna throw him in with me who’s like a bad stylistic matchup and I’m gonna break the toy in five minutes. It’s like, yeah… I can’t say I feel sorry for them (laughs).”

Do you think Dan Hooker will pull off the upset against Michael Chandler? Let us know!