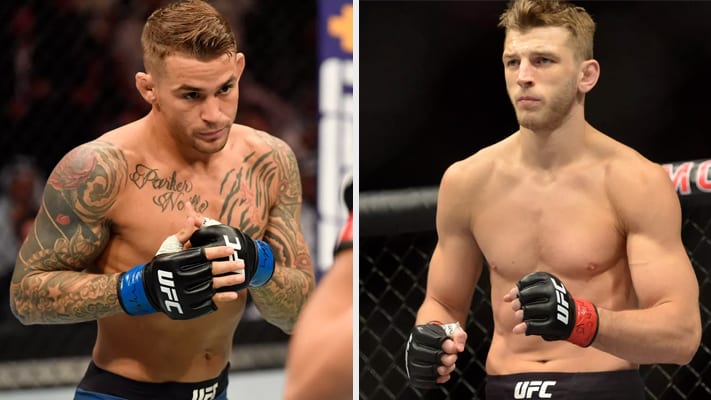 Dan Hooker doesn’t believe Dustin Poirier will solely stand up with him.

The pair of lightweights are set to headline UFC Vegas 4 which takes place June 27 at the Apex facility. For “The Diamond”, it’s a chance to bounce back from his submission defeat to Khabib Nurmagomedov in their title fight last September.

For Hooker, it is a chance to truly cement himself as a potential contender for the lightweight title, having won seven of his last eight outings. And while the New Zealander rates Poirier’s boxing, he believes the former interim champion will mix things up when they fight.

The reason? He doesn’t have the durability that Hooker’s last opponent Paul Felder — who fought him in a back-and-forth 25 minute war — does to keep the fight a striking battle.

“That’s the thing — he’s definitely going to have to adjust his game a little bit,” Hooker told MMA Fighting. “I feel like pressuring me, taking a shot, giving it, taking a shot, giving a shot is just not the way to best approach it. I don’t feel like Dustin can take a shot as well as Paul Felder can. From watching the tape of both of those fighters, I don’t think Poirier has the chin Felder does.

“I feel I can put Dustin away. If I keep touching him, there’s no way that Dustin’s going to be able to eat those shots and be able to recover from the damage I’m generally able to inflict on opponents.”

Regardless of the result, Hooker feels he’s in a win-win position when he faces Poirier.

If he defeats Poirier, it would be arguably the biggest win of his career and spearhead him into title contention. If he loses, he would still get a huge paycheck and not drop too low in the rankings, if at all.

“I would have to be stupid to not take this fight,” Hooker said. “The way I look at it, it’s a win-win situation. I’m No. 5, I’m fighting the No. 3 [ranked lightweight]. I plan on going out there, putting on one heck of a show and putting Dustin away and earning myself a title shot. That’s what my mind is set on.

“But worst-case scenario, I get my ass whooped, I don’t move that far down in the rankings and I get to make a bunch of money for my family. So the way I’m looking at it is already a win-win situation. There’s not a heck of a lot of pressure on me if I’m being honest.”

Regardless, “Hangman” is naturally looking to get the victory. And he feels a decisive one could lead to a title shot.

“I definitely have the best resume for a title shot,” Hooker added. “Winning against Dustin Poirier, especially in a good fight. A good back and forth entertaining matchup or via knockout, I solidify myself with the next best resume.”

Do you agree with Hooker?