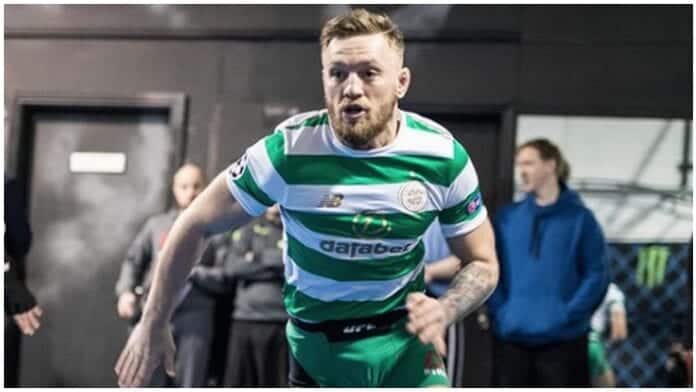 Conor McGregor is serious about investing in a football club.

The MMA superstar has put Scottish side Celtic and Manchester United at the top of his list.

‘Notorious’ previously shocked his fans when he announced his intention to buy the English footballing giants, he wrote on social media.

“Hey guys, I’m thinking about buying Manchester United! What do you think?

A few weeks later, McGregor invited his Twitter follower to ask him anything.

One fan asked if McGregor was serious about investing in Manchester United.

“A conversation came up regarding Celtic first to be honest,” McGregor replied. “To acquire shares from Dermot Desmond. I am certainly interested in acquiring a sports team at some stage! Both Celtic and Man United are teams I like for sure. But I am open. I feel I could do big things for a club.”

Manchester United fans will be happy to hear the former dual weight UFC champion is interested in coming on board. The clubs’ current owners have been at odds with it’s supporters for over a decade.

Last week, fans of the English club staged a protest against the owners who had recently tried to enter Manchester United into the derided and now debunked European Super League.

In April, Manchester United was valued at £3.05 billion by Forbes.

McGregor may need some help to raise that type of cash.

The Irishman is thought to be worth close to £200 million after banking £90 million for his fight with Floyd Mayweather in 2017 and another big chunk of money for selling his whiskey company earlier this year.

Celtic are one of the most successful teams in Scotland and have strong links to McGregor’s home country. They also seem a much more realistic option when you consider the fact they currently sit outside the top 20 most valuable clubs in world football.

Would you want Conor McGregor running your sports team?