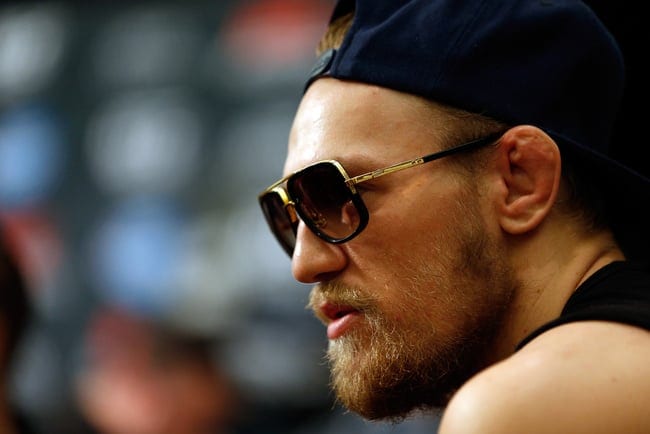 Ireland’s same sex marriage referendum opens today (Friday May 22nd) and closes tomorrow (Saturday May 23rd, 2015) in what will be a pivotal moment in the nation’s future. The fight for equal human rights is still ongoing the world over, and the Republic of Ireland will look to make history as the first nation to legalize same sex marriage through their voted electorate. From 43 constituencies, over 3 million Irish voters will get to have their say, and perhaps join the 20 other countries worldwide that have said yes to gay marriage in recent times.

So where does this cross over in to the world of MMA you ask? Well, one Irish fighter with the ability to reach millions of fans worldwide, Conor McGregor, has made his support clear on the subject. ‘The Notorious’ argues that human rights are essential in modern society, and he feels it his duty to help make the same sex marriage referendum go through.

Myself and my team are urging everyone to please VOTE YES TO EQUALITY! Every human deserves equal rights #WeAreAllOne pic.twitter.com/PbyTXNHzKQ

MMAFighting.com also had these quotes from the recent UFC 187 media scrum with McGregor and his SBG (Straight Blast Gym) head coach John Kavanaugh:

“We all deserve equal rights, We’re all human here at the end of the day — regardless of color, gender, sexuality. Any of that. It’s all meaningless. We all deserve the same rights. It just feels right to me.”

“I can put something out and it can reach a lot of people, so I decided that it was the right thing to do that,” McGregor said. “My whole team [has] done it with me. We are proud to support that.”

“I just hope it does (get legalized). The support for the yes vote has been phenomenal. We will see. [The law] is stone age sh*t. It’s a new age. It’s time to get with it.”

“It’s just an equal rights matter,” Kavanaugh said. “It’s just kind of insane in 2015 we’re having this conversation. It’s sort of embarrassing to be honest.

“July 11 is important in terms of sport. But sport is sport. That’s all. This is the most important day of my life in terms of a country standing up to religious bigotry.”

It should be noted that Ireland had laws in place as recently as 1993 that made ‘Homosexual Activities’ illegal, meaning this referendum will have a reverberating impact on the Irish nation on both sides of the coin. In a country that has been embattled with religious differences for centuries, Ireland’s same sex referendum is absolutely crucial in deciding the nation’s future.

In the USA (United States Of America) there are 36 states from 50 that have legalized same sex marriage. It’s a sensitive subject in some circles, but most nowadays see it simply as marriage, regardless of sex. As a race, we really look hypocritical if we still have narrow views on things like same sex marriage, but it’s accepted in our society that racism and sexism are wrong.

At UFC 189 Conor McGregor will fight for Ireland’s pride against Brazilian champion Jose Aldo, for the moment though, ‘The Notorious’ fights for his nation’s human rights.