LowKickMMA.com
Home UFC News Conor McGregor Looking Like An Absolute Specimen At “Super Heavyweight” Ahead Of... 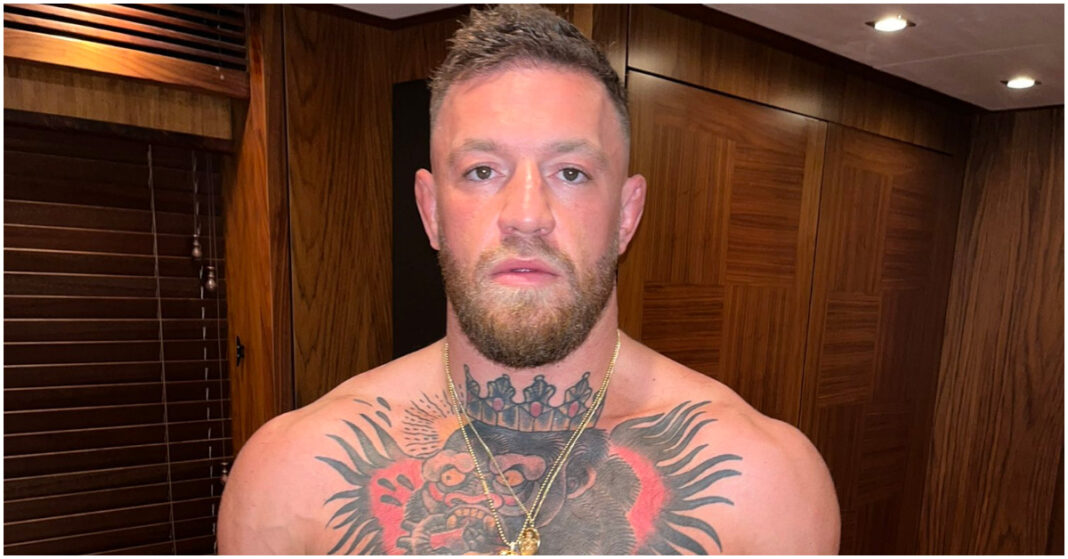 McGregor has remained on the sidelines since breaking his leg in his most recent outing against Dustin Poirier last July. ‘The Notorious One’ has kept his fans up to date with his progress as he recovers swiftly from the injury. Having only just returned to sparring in boxing, the 33-year-old fighter is not expected to make his return before August.

In a post made to his Twitter, Conor McGregor shared a photo of himself looking like an absolute specimen. The once 145 lbs competitor now stands jacked at “super heavyweight”.

“Weighing it at super heavy weight bread, the double champ does what the fook he wants, mystic mac attack, I love the USA. See you soon USA”

Who will Conor McGregor face in his return?

UFC’s first ‘champ-champ’ set the mixed martial arts world ablaze with his heroics across two weight classes. First knocking out Jose Aldo in just 13 seconds to secure the featherweight strap, and then putting on a clinic to knock out Eddie Alvarez for the lightweight belt, Conor McGregor made history by holding both divisions’ titles to his name at the same time.

While a return to featherweight has been ruled out for some time now, the possibility of him coming back to 155 lbs looks unlikely judging by the recent photo he shared. There have been talks of ‘The Mystic Mac’ getting a title shot in his comeback fight against the lightweight champ but McGregor has expressed interest in challenging the welterweight king Kamaru Usman.

A potential fight against Usman would be an incredibly tough challenge for the Irish superstar to overcome. In the same weight category, a third fight with Nate Diaz could be explored as well. Poirier stated his desire to fight at welterweight next indicating the possibility of us getting a fourth fight between the pair at 170 lbs.