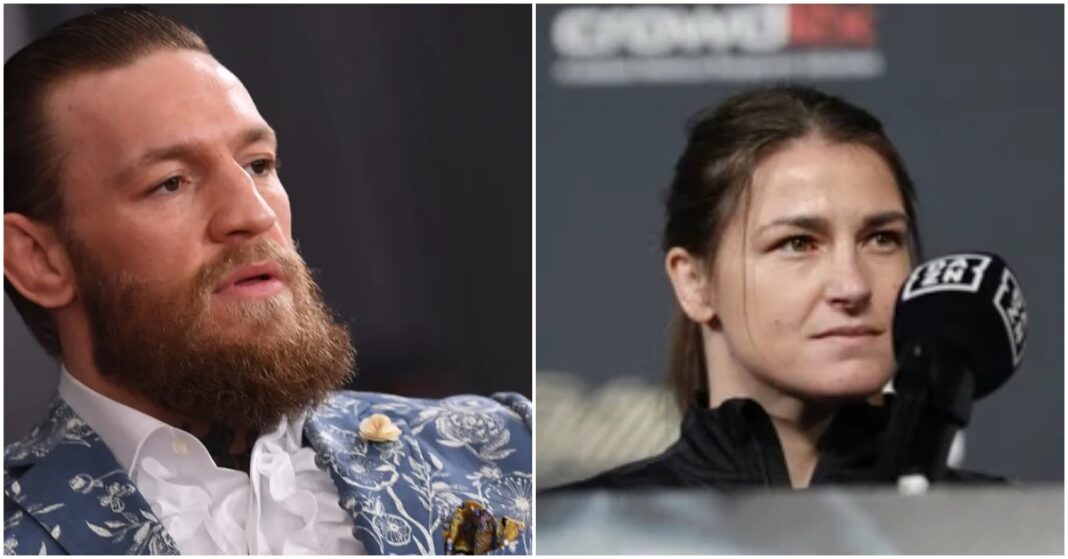 Regardless of the result, the pair will be making women’s boxing history later today, as Taylor and Serrano will compete in front of a sold-out crowd at the Madison Square Garden in New York.

Although Taylor is far from home, she won’t be short of traveling fans who are set to witness what may be her toughest test yet.

Conor McGregor, who has built an extensive part of his combat legacy within Madison Square Garden, urged Katie Taylor on his social media to understand the opportunity she has, to cement her legacy as ‘one of the best’.

“Let’s go tonight, Katie Taylor! Making history once again, this time in the famed Madison Square Garden! With you all the way champ.”

The Irish combating pair are well acquainted and have shared a vastly similar meteoric rise in their respected sports, as both athletes have risen to become the most distinctive faces among their disciplines.

YouTube boxing star Jake Paul has put down the gloves for the meantime, as he is there to promote the rival camp of Taylor. Paul, who has his own history with McGregor, stated that he believes Katie Taylor’s achievements have far surpassed those of the 33-year-old.

“I respect Katie Taylor,” said Paul. “I think she’s awesome, she’s been nothing but kind to me and she’s a champion she’s done so much for the sport and women’s boxing so for that, she’s a legend.

“She’s the biggest thing in Ireland, and why wouldn’t she be? Conor McGregor hasn’t won a fight in five years so do people really care about him? He’s washed up. Obviously, Katie Taylor is going to be the girl that they support.” (Transcribed by The Mirror)

In spite of the outside noise, Katie Taylor will have to keep a level head going in against the Puerto Rican nine-time champion if she wants to become an undisputed champ.

Who do you think will take home the belts?