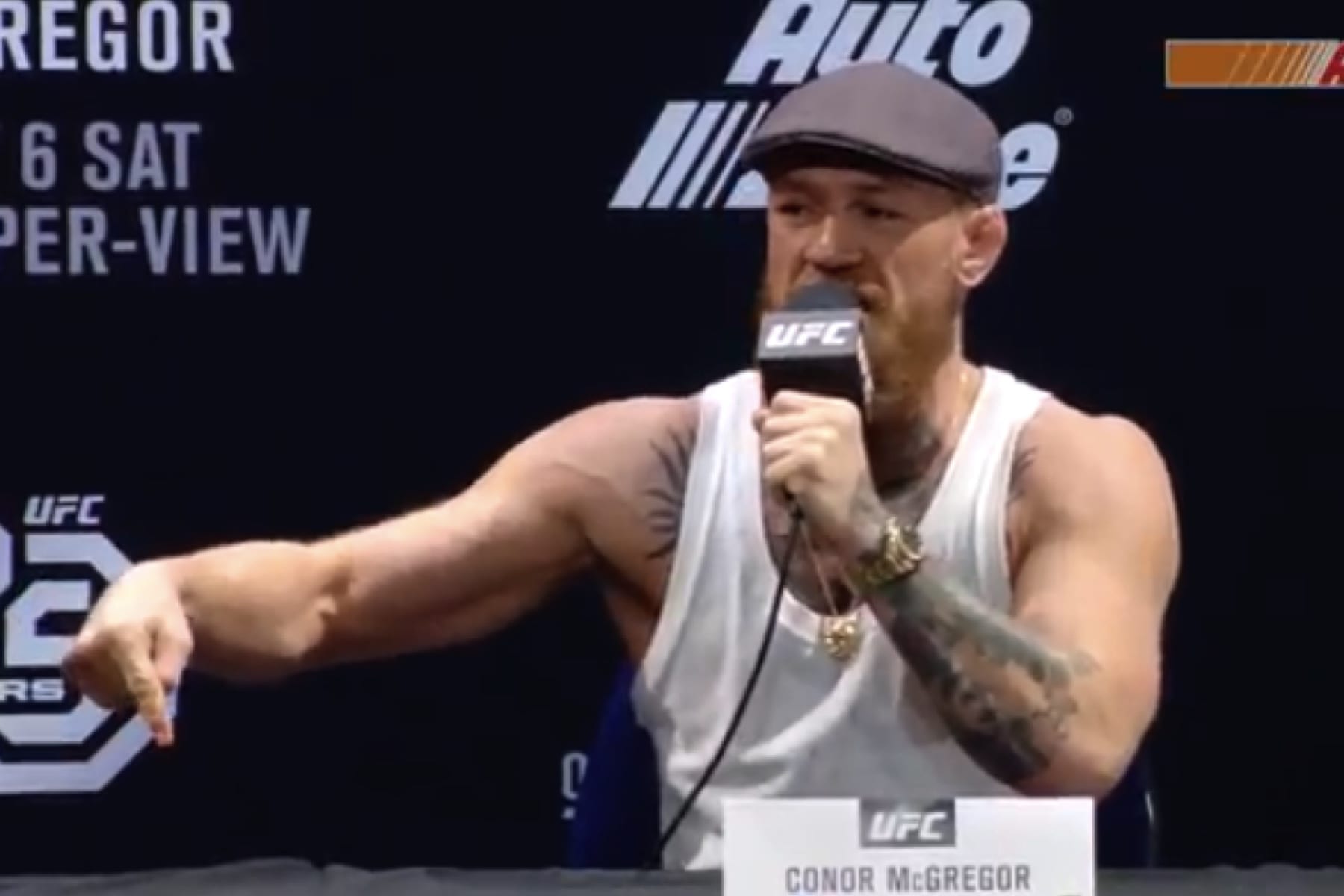 This time, however, his opponent wasn’t willing to play his game. Undefeated lightweight champion Khabib Nurmagomedov decided he had enough of ‘The Notorious” antics and stormed off with title in tow.

The infamous Irishman showed up shortly thereafter, however, and suggested he was only a “couple of minutes late.” Asked what he thought Khabib leaving, the former two-division champ had a predictable response:

“Yeah, I did not plan this. Like I said, I tried to get here. I’m only a couple of minutes late, for f**k’s sake. He’s from a backwards country, he might as well just stayed put.

‘The Notorious’ then put his focus on Nurmagomedov simply making it to the fight. He said he would have liked a faceoff, but he’s had many of those over his fighting career. What’s much more important, he said, was an oft-injured fighter like ‘The Eagle’ making weight and showing up to fight:

“I’m here to fight this man Saturday night. So look, he has to make weight. Make sure he goes and get that f**ckin’ weight off, and that’s more important for me. I want him making weight, I want him to show up Saturday night because he has pulled out of fights and been rushed to the hospital very last minute and all this other bollocks.

“So get that man in the sauna and cook him like the little chicken-jaw rat that he is!”