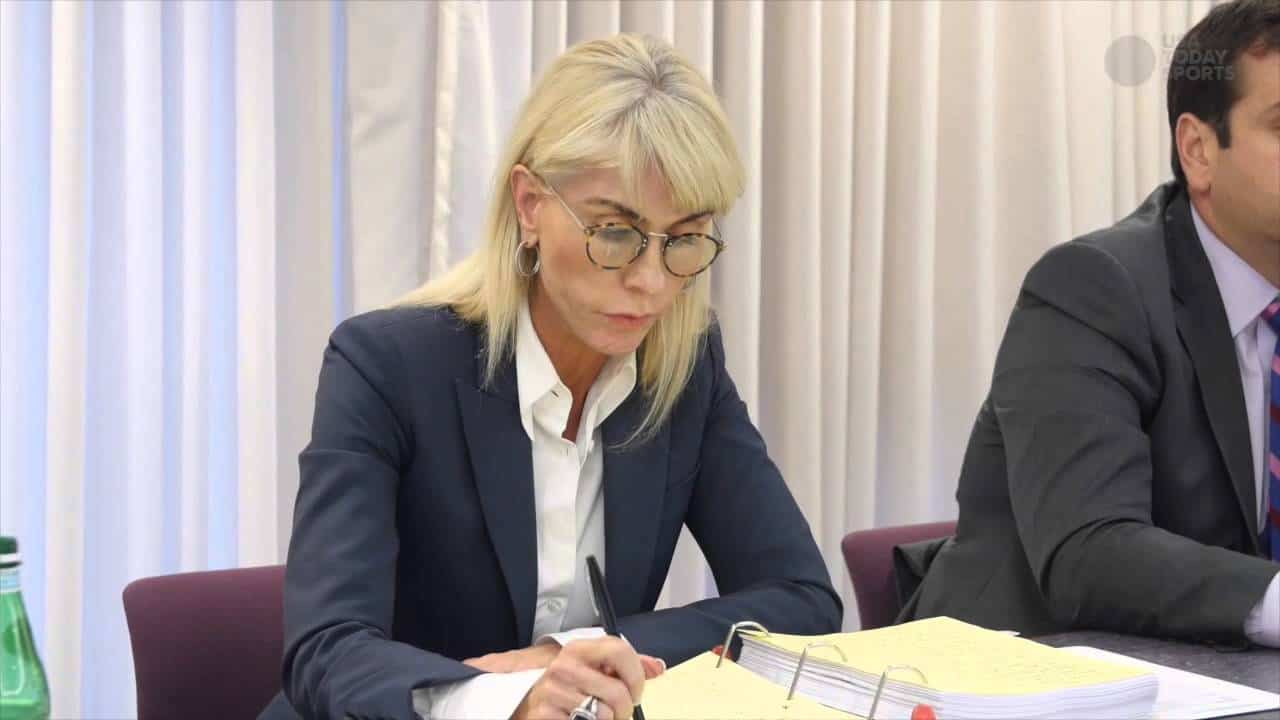 Following two years where she had high-profile episodes with UFC stars Nick Diaz and Conor McGregor, Nevada Athletic Commission (NAC) chair Pat Lundvall’s run with the NAC is coming to an end.

She confirmed that she had been contacted by the governor’s office this Thursday and told she would not be re-appointed to MMA Fighting today. According to the report, Lundvall’s last day will be October 31. She informed her colleagues of the news in an email on Friday, issuing the following statement:

“I have served three terms for a total of nine years with the NAC. I considered every minute of it as a privilege and an honor.”

The inaugural woman to be elected chair of the NAC, Lundvall had served the commission for nine years dating back to her appointment by Governor Jim Gibbons. Yet Lundvall was known far more for her high-profile battles with Diaz and McGregor rather than any trailblazing she did in that regard, and it would be tough to imagine those episodes didn’t at least play a part in the decision to not re-appoint her.

Speculation aside, Lundvall’s hearing war with Diaz incited outrage throughout the entire MMA universe last year when she motioned for the outspoken Stockton slugger to be suspended for life after he repeatedly plead the Fifth Amendment in a hearing surrounding his third test failure for marijuana metabolites during his UFC 183 loss to Anderson Silva. Lundvall then motioned for Diaz to be suspended for five years, which was accepted by the commission.

Countless fans and Diaz’ legal team believed the commission had not given Diaz a fair decision regarding the testing, as one of the tests supposedly contains a very large numbers of marijuana metabolites while Diaz passed two other tests at a completely different laboratory. Interestingly enough, Diaz later settled on a year-and-a-half suspension, which expired in August.

Lundvall’s attention-grabbing time in the spotlight didn’t end there, however, as she once again attempted to bring down the hammer on featherweight champion Conor McGregor for his bottle and can-throwing melee at a pre-fight presser for his UFC 202 rematch against Nick’s brother Nate Diaz. Her first motion was to fine McGregor a lofty 10 percent of his record $3 million purse, a punishment that was reduced to a $75,000 fine and a public service announcement that will cost $75,000.

‘The Notorious’ certainly didn’t take to the sanctions kindly, wishing the NAC ‘good luck trying to get it’ from him and expressing a desire to not longer fight in Nevada. With McGregor one of the state’s biggest cash machines and Lundvall drawing negative pub from the media and fans, it may not be a surprise she wasn’t re-appointed.