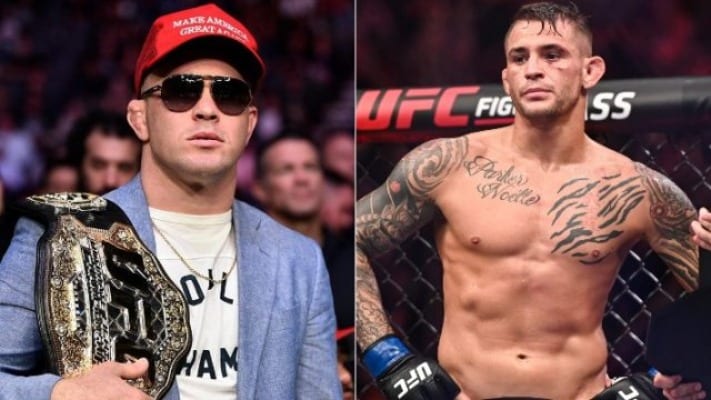 However, it seems like the pair never were really cool with each other in the first place. Speaking to MMA Fighting recently, Covington revealed he offered his help to Poirier for his camp in preparation for Khabib Nurmagomedov.

Covington is one of the more decorated wrestlers in the UFC and would’ve likely given Poirier some good looks as he prepared for Khabib’s grappling. But Covington noted Poirier turned his offer down.

“I was willing to offer up my services to help him train to give him that pressure look, that pressure wrestling style and he didn’t want to take it,” Covington said. “He wanted to act like he was better than everyone in the gym. That’s why I’ve never respected Dustin anyways.

“All these people that act like they are such nice and good people on camera, they are the complete opposite when the camera’s not on. They’re fake, how do they treat others that can’t do anything for them. I see how he treats people who can’t do anything for him. He treats them like s—t. He acts like he’s better than them.

“He’s an egomaniac and it’s pathetic. He’s a bully to all these other guys but he can’t bully me and he knows that. He knows I’ll kick his ass.”

Poirier was later defeated by Nurmagomedov via third-round submission. “The Diamond” then surprisingly took a shot at Covington during his post-fight press conference. It remains to be seen what’s next for Poirier, but Covington is still hoping negotiations work themselves out for a fight with Kamaru Usman for the welterweight title.

What do you think about Poirier turning down Covington’s help for his camp against Khabib?