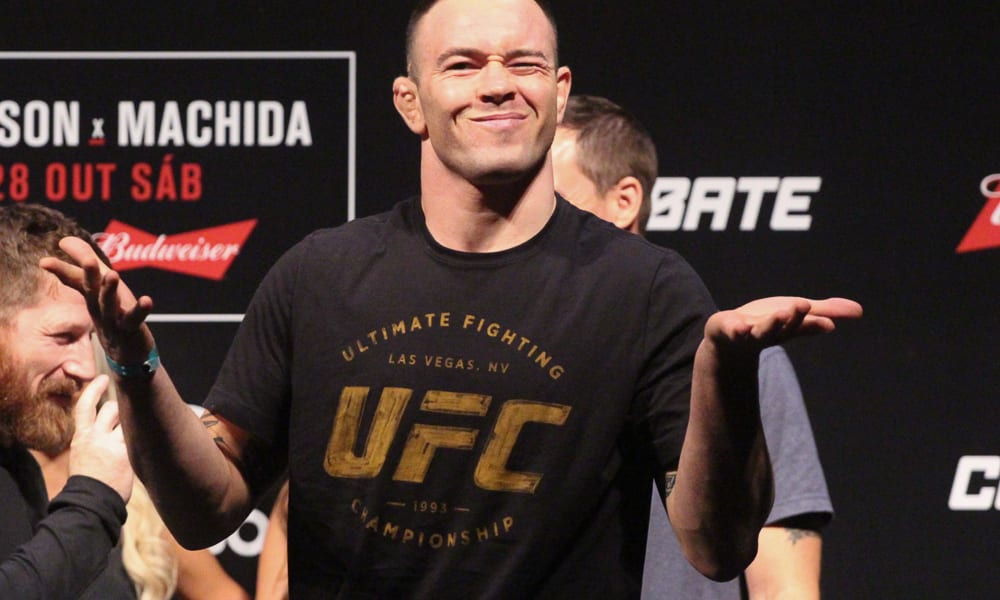 Tyron Woodley is no longer the UFC’s welterweight champion. Kamaru Usman took the title at UFC 235 after dominating “The Chosen One” for five rounds.

Now, Colby Covington, the former interim 170-pound champion, is lined up to face “The Nigerian Nightmare” in his first title defense. A fight between Woodley and Covington for the title, however, would’ve done much bigger business. Especially with the personal rivalry between the two former training partners.

Of course, now that Woodley no longer holds the strap, a bout between the pair just wouldn’t be the same. Speaking to MMA News, Covington explained how the “luster” the match-up had is now taken off after Woodley’s defeat:

“The luster is taken off of it,” Covington said about facing Woodley now. “He was this invincible guy who was claiming to be the best welterweight of all time, which we all know was complete lies cause he’s a fake f—ker. It just had so many different angles in it. The red versus blue. He’s a liberal, I’m a Republican.

“There’s so many different ways the fight could go. Ex-teammates, we literally hate each other, that wasn’t a fake beef. ‘Marty Snoozeman’ tried to manufacture a beef with Woodley but there was no beef there. They were actually friends, they were cool and they actually liked each other.

“There was real beef with me and Woodley and we wanted to settle our differences. I beat his ass everyday at American Top Team for three or four years and this was his chance in front of the whole world to try and get me back but it wasn’t going to happen. I was going to do what ‘Marty Snoozeman’ did but I was going to do worse. I was going to take him to deep waters, get him all tired and finish him.”

Covington was in attendance for UFC 235, and had a cageside seat to witness Woodley’s title loss. He even got into a verbal altercation with Woodley’s mother, which had to be broken up by UFC President Dana White and security:

“Even me and ‘Mama’ Woodley had a fight in the crowd cause all the fans were cheering ‘Colby you’re the real champ’ and I said that’s right and Mama Woodley stands up ‘oh hell no, f—k you Colby, my son’s going to knock you the f—k you’ and then Dana [White] had to come separate us and keep security by us. It was crazy,” Covington revealed.

“There were so many different angles and so much real beef that me and Tyron Woodley brought to the table. It sucks that it lost all the hype and even if wins a couple fights, I’ll give him a shot at my title after I destroy Usman but it’s not going to have the same effect as it had before when he was on a long winning streak.”

Covington holds firm that Woodley didn’t need to take anymore fights after he won the interim title against Rafael dos Anjos last year. The pair could’ve simply worked out a date to fight and made a lot of money together. Instead, “Chaos” says that rivalry’s demise is Woodley’s doing: