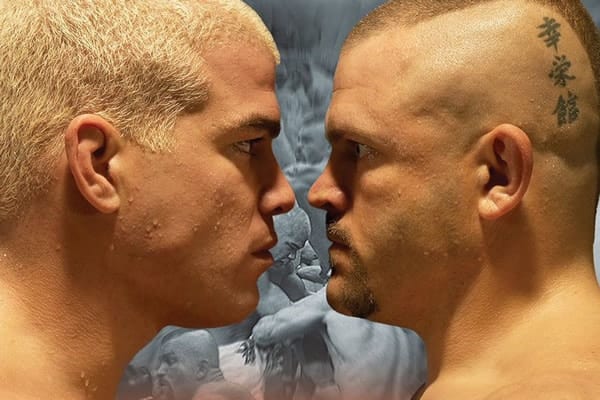 The Chuck Liddell vs. Tito Ortiz trilogy fight is on the verge of becoming a reality according to the California State Athletic Commision.

Both Liddell and Ortiz will come out of retirement to settle one of mixed martial arts longest-running feuds. The big difference this time around, it will be under Oscar De La Hoya’s new Golden Boy MMA promotion. “”The Huntington Beach Bad Boy” competed under the Bellator banner as recently as January of 2017. “The Iceman”, however, hasn’t competed in over eight years. Regardless, it looks like these two legends are on the verge of getting licensed to compete in the state of California.

The California State Athletic Commission is in the final process of approving fighter licenses to Chuck Liddell (48) and Tito Ortiz (43). Could be wrapped up by today, I’m told. Clears the way for a third fight, promoted by Golden Boy.

Ortiz will be looking for his first win over Liddell in as many fights. Liddell, however, will look for his first victory of any kind since his exciting performance against Wanderlei Silva back in December 2007 at UFC79.

Although nothing is official as of yet, Golden Boy CEO Oscar De La Hoya has already submitted the application to promote an MMA event at The Forum in Inglewood, California. Liddell vs. Ortiz 3 is expected to be on pay-per-view on November 24th. The undercard will be comprised of MMA bouts and will feature no crossover fights.

Tito Ortiz on how often he’s training for his third fight with Chuck Liddell: pic.twitter.com/KNHzpjVSOQ