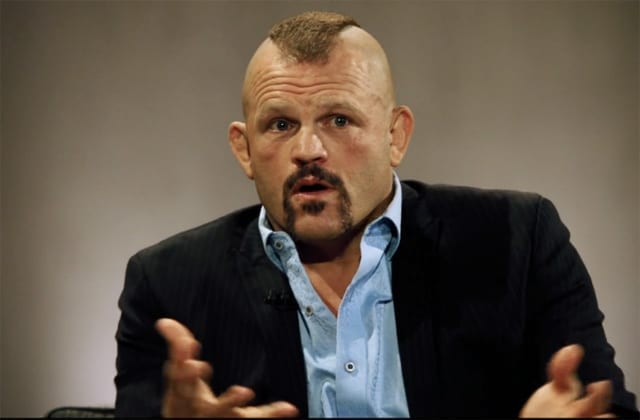 Apparently, the time is right that Chuck Liddell reveals his real motivation behind his oft-criticized trilogy fight with Tito Ortiz.

The 48-year-old Liddell shouldn’t be fighting in the eyes of many due to the rapid decline of his chin. Liddell lost several of his final UFC fights by way or brutal knockout. Few want to see that happen again, but the 41-year-old Ortiz has never been a knockout puncher. That’s fortunate for Liddell, yet the criticism remains.

Those critics have openly wondered about ‘The Iceman’s’ true motivation for coming back at the age. Most believe it’s for an easy paycheck. He was unceremoniously released from his supposedly ‘lifetime’ position with the UFC shortly after Endeavor (formerly WME-IMG) bought the promotion in 2016. “The Iceman” was a casualty because the Hollywood talent agency wanted to cut costs.

But Liddell insists he doesn’t want to come back just for a paycheck. He recently revealed to Larry King (via MMA Mania) that he has one real motivation for coming back against his most hated rival. Liddell claims he just wants to shut “The Huntington Beach Bad Boy” up:

“Tito is one of those guys I have to beat. I don’t want to listen to him. I still have to listen to him after beating him twice, I couldn’t imagine what it would be like if I actually lost to him, so this is very important for me to win this fight.”

Liddell fought Ortiz twice at 2004’s UFC 47 and 2006’s UFC 66. ‘The Iceman’ won both of the fights, with the first coming by second-round KO and the second by way of third-round TKO.

UFC President Dana White unceremoniously forced Liddell into retirement back in 2010. White claimed Liddell would always have a job with the UFC, but he doesn’t want to see him fight again.

That stance is shared by a growing number of onlookers. They may or may not tune in on pay-per-view, however.

Which side are you on?