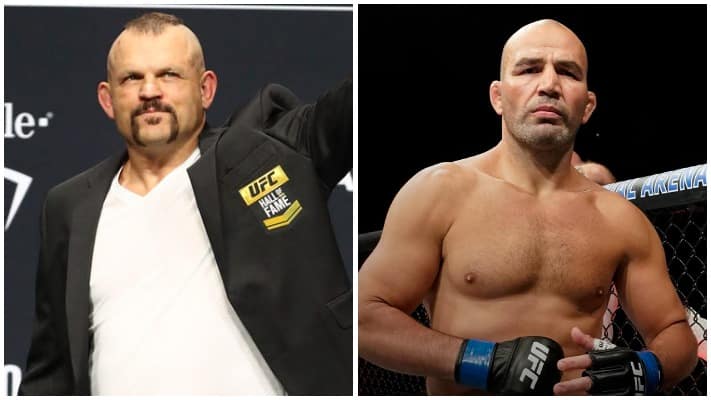 Saturdays night’s UFC 267 produced one of the best cards of the year which was topped off by a memorable main event.

Glover Teixeira submitted Jan Blachowicz in the second round to become the UFC light-heavyweight champion at 42 years old.

Many took to social media to congratulate the Brazilian on his win and inspirational journey. One of which was long-time friend and teammate, former Chuck Liddell posting to his Instagram under a photo of Teixeria saying “Love you brother! So proud of you and your hard work.”

A video would also be shared of Liddell’s live reaction to Texeria’s win.

The History between Liddell and Teixeira

John Hackleman, the coach of Liddell had been impressed with a young Teixeira and had invited the young Brazilian to train at his gym, The Pit. Teixeira began training with Liddell back 2004, going on to be Liddell’s top sparring partner in 2006 until 2009. During this time Liddell would capture the UFC light-heavyweight title and would have great wins over Randy Couture, Wanderlei Silva, and Tito Ortiz.

In an interview with Fox Sport Texeria had this to say about training with Liddell “he was helping me! He’s a good man. He’s taking his time to help me. That’s great, man. I can never pay him back.”

Texiera would have to return back to his home country of Brazil and would not be able to return back into the United States until 2012 due to visa issues. On his return he would continue to work with Hackleman and excluding a few fights between 2017-2018, Hackleman would be in the corner for every one of his fights.

Were you as excited as Chuck Liddell to see Glover Teixeira claim UFC gold?