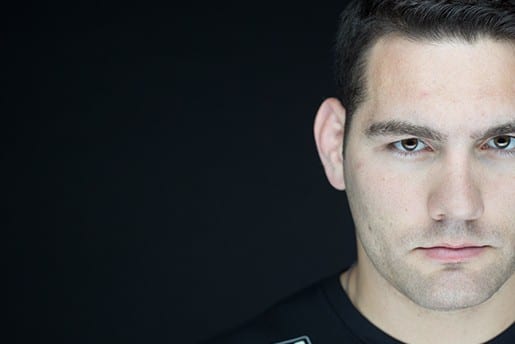 UFC middleweight champion Chris Weidman once again fell victim to the injury bug this year, as another injury has forced him to postpone another title defense, this time in the form of his UFC 181 burner against Vitor Belfort. “The Phenom” blasted “The All-American” for stalling in the time after the news originally broke, and that an interim belt should be made in Weidman’s absence.

Belfort can be added to a long line of Weidman retractors, and some might say rather unfairly. There are still those that feel his wins over Anderson Silva in 2013 were more due to fortune than skill. Either way, “The All-American” is looking ahead to his third title defense, in early 2015. Talking with The MMA Hour today, Weidman discussed American fans:

“I think American fans may need to start cheering for their own a little more. There were more Americans cheering for Anderson Silva and Lyoto Machida when I fought, than for me. Guys like Conor McGregor, he’s got more fans than Dustin Poirier, and that fight was in America. I guess they support the style more than the nationality, when you go to other countries they all cheer their own fighters.”

It’s fair to say that American fans may be slightly more fickle when it comes to supporting their own fighters, but remember that the U.S fan base has had a lot more athletes to cheer on than Ireland or Sweden has. The market is a lot smaller over in places like Europe, and especially concerning Ireland, where the fans are more passionate by nature for their hometown fighters. Weidman then moved on to the subject of Vitor Belfort:

“He is just looking to talk some smack, but there is no substance in it at all. This guy hasn’t fought since November. We were meant to fight in July, and he pulled out of the fight because he failed a drug test. I just laugh it off, I’m going in there to embarrass him, I’m going to make him look like a withered old man. I want to completely toy with him, throw him around, beat him up on the feet, then make him almost tap and beat him up some more. He pissed me off.”

It looks like Belfort has lit a fire under Weidman that Lyoto Machida and Anderson Silva never could. This is possibly the first time I’ve heard “The All-American” give any sort of convincing trash talk, he continues:

“I want to separate myself from the rest of the division, and this is the fight where I get to make a statement and do that. He won’t be the muscle man we’ve seen, but he is still gonna be in shape and wanting to prove it’s not TRT that made him the fighter he was. I’m not thinking I’m facing a bum, I’m gonna have a great test in front of me. His cardio will probably be better,but my goal is to dominate him.”

It’s a tough job being the champion, as the target is always on your back. For Weidman though, he seems to relish the challenge. In reality, it’s disputable as to whether Belfort is a bigger challenge than Anderson Silva or Lyoto Machida. He certainly poses different threats, but is it enough to beat the champion?