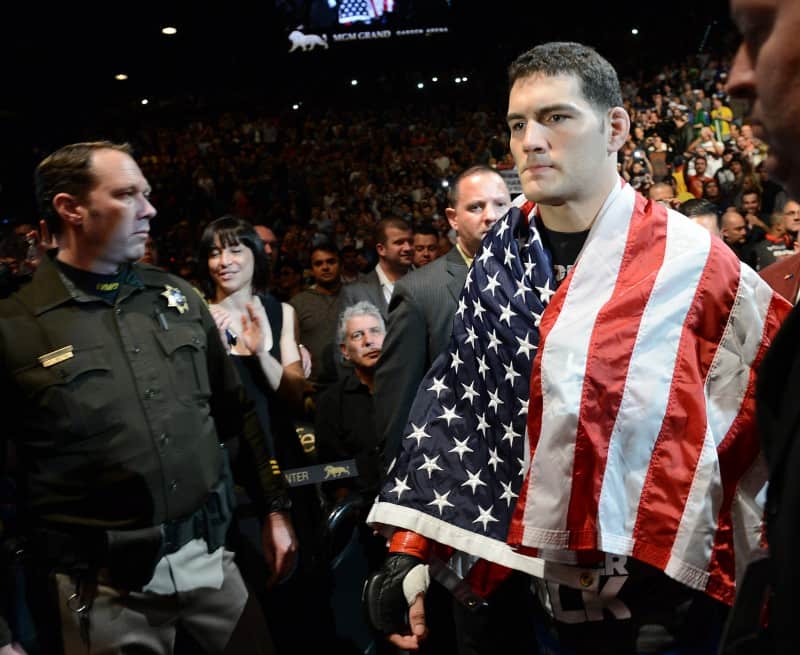 Heading into his repeatedly rescheduled title fight with Vitor Belfort at May 23’s UFC 187 from Las Vegas, middleweight champion Chris Weidman will bring yet another impressive accolade to the cage.

Got my BB from @RenzoGracieBJJ n @MattSerraUFC So honored and blessed to have these guys by my side! @Renzograciebjj pic.twitter.com/HFLPykdxeP

The coronation was also made official with a plaque from Gracie and Serra:

A former NCAA Division 1 wrestler, Weidman proved that he had a natural talent for submission grappling when, after a mere three months of BJJ classes, he participated in and won the 2009 East Coast Grappler’s Quest at both his weight and the Absolute Division, scoring submissions in all 13 of his matches. He also lost to touted BJJ wizard Andre Galvao in the ADCC quarterfinals after one year of Jiu-jitsu.

It seems injuries are the only thing holding Weidman back from potentially becoming one of the UFC’s greats, as he’s pulled out of two consecutive fights against Belfort at last December’s UFC 181 and this February’s UFC 184.

The sky (or perhaps the stratosphere) is the limit for the ultra-talented Weidman, whose grappling skills have now been made official with his black belt.

Will those skills be on full display if and when he finally faces off with Belfort at UFC 187?