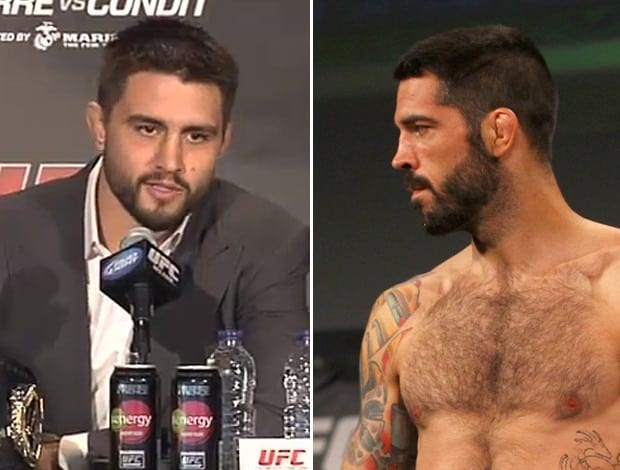 The UFC has announced two fan favorite fights for one of their upcoming events.

The promotion announced on Friday afternoon that former WSOF lightweight champion Justin Gaethje would fight fellow lightweight contender Dustin Poirier as well as a welterweight bout between Carlos Condit and Matt Brown. These fights are slated to take place at UFC on FOX 29 (UFC Glendale).

Going into Brown’s bout against Diego Sanchez on the main card of UFC Fight Night 120, he was on a three-fight stoppage skid and made it clear that this would be his retirement fight. As seen in the fight, he broke that losing streak by landing a devastating elbow strike to knock out the always tough Sanchez.

Just four years ago, they were booked against each other at UFC on FOX 9, but Brown sustained a back injury that forced him out of the fight. The bout never got re-booked.

Gaethje has been up and down under the UFC banner as he scored a TKO win over Michael Johnson while he lost by second-round TKO to fellow The Ultimate Fighter 26 coach Eddie Alvarez last month at UFC 218.

On the flip side, Poirier came back strong after his recent no-contest against Alvarez by scoring a third-round TKO win over Anthony Pettis in November.

The event is slated to take place on Saturday, April 14, 2018, at the Gila River Arena in Glendale, Arizona. The main card will air on FOX at while the preliminary card will be split broadcasted on FOX Sports 1 at and the promotion’s streaming service, UFC Fight Pass.