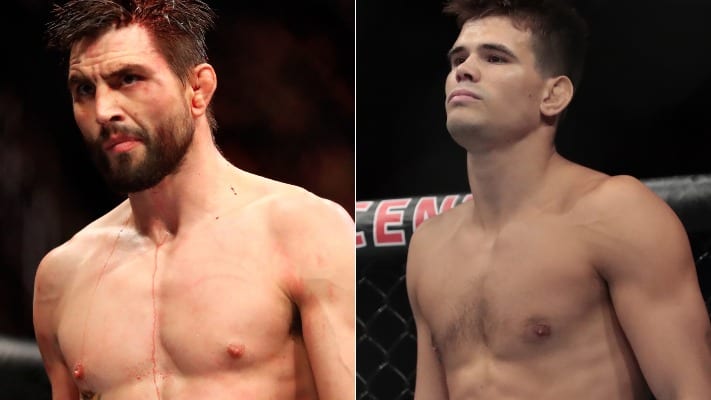 The action takes place from the Capital One Arena and will be headlined by a heavyweight tilt between Alistair Overeem and Walt Harris. During Condit’s career, he shared the Octagon with the likes of Georges St-Pierre, Robbie Lawler, Nick Diaz, Tyron Woodley, and many more. He currently trains at JacksonWink MMA alongside the likes of Holly Holm and Jon Jones.

The last time the “Killer” saw action was during UFC 232, where he lost to Michael Chiesa via submission, in the welterweight division. Condit has a total of 43 matches – 30 wins, 13 losses. His last five fights were consecutive loses. Not exactly promising, compared to his opponent, who’s currently one of the more promising prospects in the sport.

Gall, famous for his early-career wins against former professional wrestling star CM Punk and Sage Northcutt, is seen as one of the highest rising fighters in the UFC. He was recuperating from a recent loss against Diego Sanchez at UFC 235. He got back in the win column with a decision against Salim Touahri, at UFC Newark.

Now, Gall will face off against Condit in what will no doubt be the most difficult test of his MMA career. Check out the updated UFC DC card below:

Will Mickey Gall keep riding the hype train or will Carlos Condit take over for him, in a potentially shocking return? Share your thoughts with us!