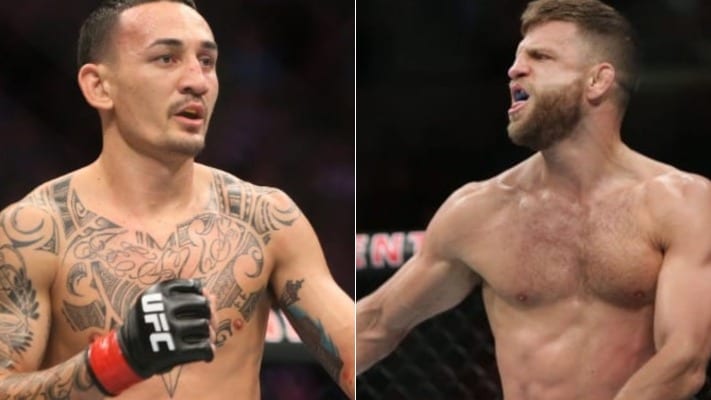 Max Holloway may be eager to regain his featherweight title but he would be making a big mistake if he was looking past Calvin Kattar.

Holloway competes in his first non-title fight since 2015 when he takes on Kattar in their featherweight headliner set to take place January 16 in Yas Island, Abu Dhabi.

The Hawaiian is coming off back-to-back title fight defeats to Alexander Volkanovski though many feel he was deserving of the victory in their UFC 251 rematch in July. Because of that, some observers still view Holloway as the real champion.

As far as Kattar is concerned, his fight with Holloway is championship-caliber regardless of whether the latter is the champion or not. He just hopes Holloway is treating it the same way as he doesn’t plan on leaving it close.

“It’s a good opportunity to show that I’m that guy,” Kattar told MMA Fighting. “There’s these guys out there touting Max like he’s still the champ, and I think he may even be still focused on the champ. But to overlook me would be a mistake.

“Any time you fight a guy like Max Holloway with the accolades he has, it is a championship-caliber fight. He might not have the belt right now, but it’s that type of fight, 100 percent. It’s a five-round main event fight and the only thing missing is the belt.

“It’s all about Max Holloway and I don’t plan on leaving it close.”

Kattar has impressed many with his boxing and is also a winner of four of his last five outings. However, he still remains an underdog with many picking Holloway to come out on top.

While he isn’t predicting how the fight will go, the New England native believes his best version topples the best version of Holloway. He just has to bring that version out and let it do the rest.

“I just gotta go out there and be Calvin Kattar better than he can be Max Holloway,” Kattar added. “That will be enough; just go out there, do what I do, perform how I can. If I can do that, the rest will take care of itself.”

A win over a former champion in Holloway should all but guarantee Kattar the next crack at the featherweight title.

Do you see Kattar beating Holloway?