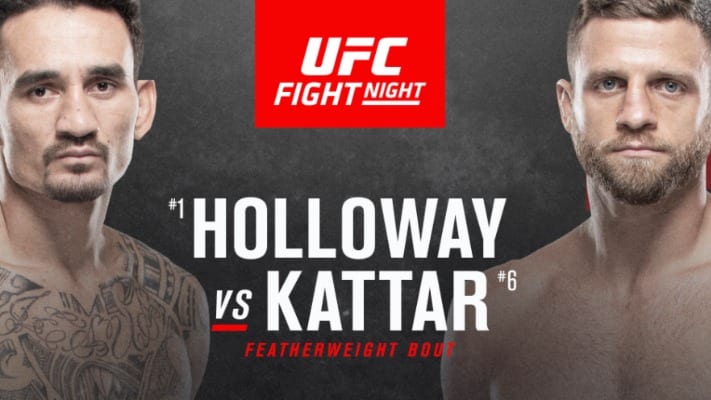 An exciting featherweight fight between Max Holloway and Calvin Kattar is on the cards.

The pair are set to collide when they face each other in the headliner of the UFC’s upcoming Fight Night event taking place January 16.

The news was confirmed by the promotion on Tuesday.

For Holloway, it’s a chance to return to the win column and bounce back from his two defeats to Alexander Volkanovski.

“Blessed” lost his featherweight title to Volkanovski at UFC 245 in December. He improved in their UFC 251 rematch in July only to lose a razor-thin split decision with many observers believing he should have come out on top.

Given how the second fight went, it’s entirely possible Holloway gets a chance at a trilogy in the near future should he come out on top.

As for Kattar, this is not only his biggest opponent and challenge yet, but a chance to get the next crack at the featherweight title.

“The Boston Finisher” is coming off impressive wins over Jeremy Stephens and Dan Ige this year and has won four of his last five overall. An impressive performance and win against the former longtime champion should all but guarantee him the next title shot.

Who do you see coming out on top in this matchup?