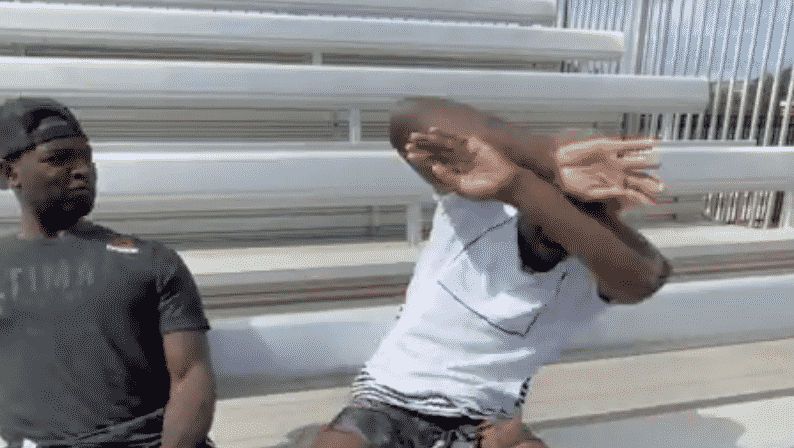 Derek Brunson is the latest to poke fun at Conor McGregor‘s failed first pitch at a baseball game.

McGregor recently went viral after his pitch went miles off target at Wrigley Field in Chicago before a game between the Chicago Cubs and Milwaukee Brewers.

And the UFC middleweight contender decided to take a light hearted shot at McGregor’s attempt with a recent video which you can watch below:

Hopefully, McGregor doesn’t have a fit if he does come across Brunson’s post. Especially given how he reacted to comparisons with rapper 50 Cent.

“The audacity to compare mine with this piss! Picture to picture alone buries this, McGregor wrote on Instagram alongside a meme of the two bad first pitches. “Mine, bar the accuracy, was the most powerful and fastest first pitch of any of these other athletes/ artist over the years. No comparison. Smoke them up and down that Forbes I do. Get Messi over. Smoked. Cris. Smoked. Federer. Doubled. All time Most Power! Put me in the Wrigley hall of fame for that rocket launch. Beside some of that nice red brick. Mahogany Oak Frame. Wimbledon lines in the grass. The great Wrigley Field reminds me of the grounds on my land in Ireland. Impeccable. Anyway back to the pitch.. Venom. Composure. Balance! The gold bar of Patek almost came flying off me it was that fast and powerful. I’d take it back to @patekphilippe for adjusting but this watch is now discontinued. A rare. I Bought for 80k in Weirs jeweler of Ireland and today it is worth close to 500k. And going up. Fifty has a nice hublot too. Big Bang. Small bucks 50cent. One has power. One is the director of media relations for some show called power.
You know what it is. The Mac in Chicago! @tidlsport #tidltour”

What did you think of Brunson’s video?