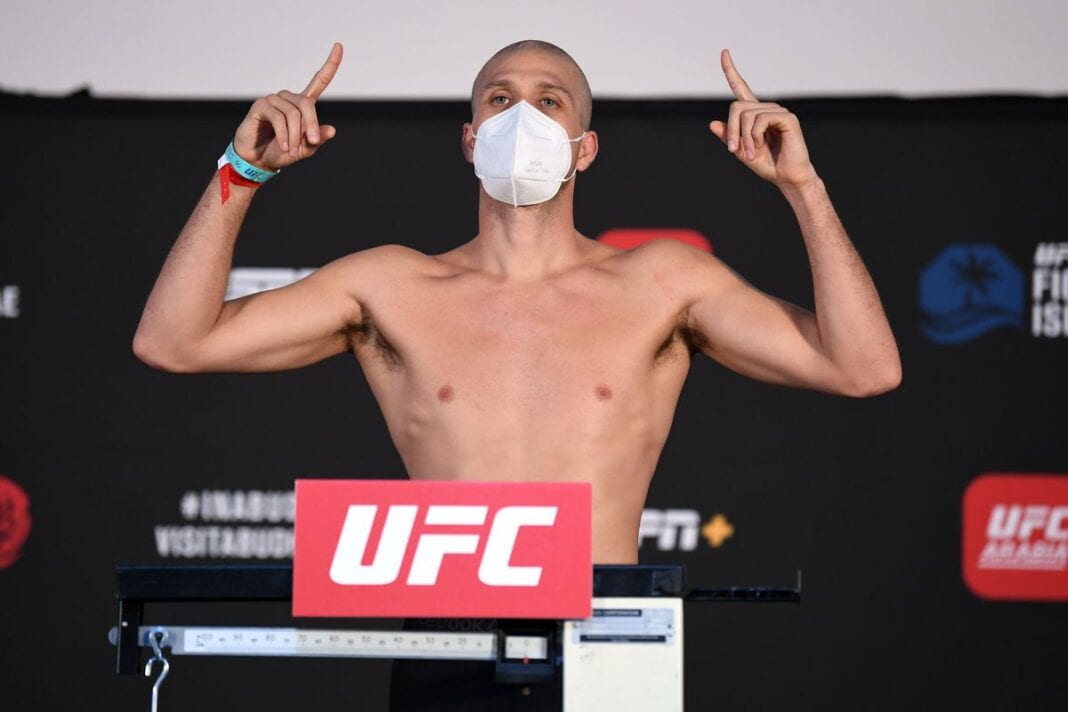 Top ranked Featherweight Brian Ortega stepped on the scale this morning with a brand new look ahead of his number 1 contender’s main event tomorrow night against The Korean Zombie Chan Sung Jung.

Over the last few years, Ortega has sported long hair, rocking a man bun, ponytail, etc. where it had become almost a signature look, along with the cornrows on fight day.

At the Friday morning weigh-ins for his fight with the Korean Zombie, however, he revealed he’s cut off all of his hair ahead of his fight.

While rumors quickly spread regarding why he cut it, mainly due to a potential weight cut issue, it was revealed that he had donated his hair to “Locks of Love” which is for children who are undergoing chemotherapy.

Brian Ortega has not fought since a December 2018 TKO loss to Max Holloway for the title. He’ll look to get back to a long coveted title shot post injury.

The Korean Zombie, meanwhile, last fought in December 2019, when he picked up a first-round knockout win over Frankie Edgar, who stepped in to replace an injured Ortega on short notice. He’ll be looking for his second career title shot with a win tomorrow night.

How Do you see Ortega vs Korean Zombie playing out tomorrow night?