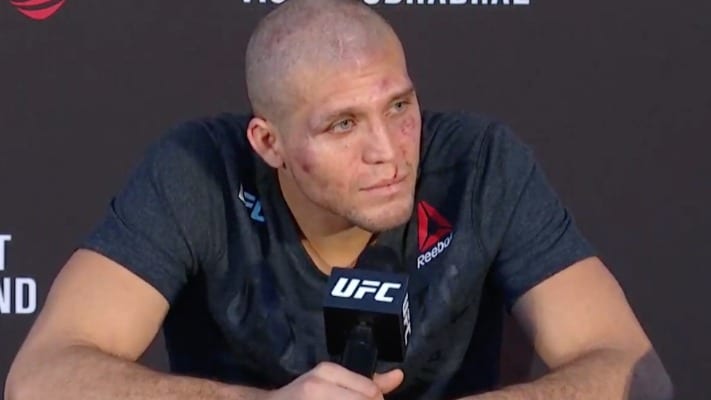 Brian Ortega believes he and Max Holloway will fight again in the future.

Ortega returned to the win column with an impressive unanimous decision victory over The Korean Zombie in the UFC Fight Island 6 headliner on Saturday night. Despite being the underdog and seemingly having the striking disadvantage, Ortega won every round and even dropped Zombie in a fight that was largely contested on the feet.

It was all the more impressive considering this was Ortega’s first fight since his brutal fourth-round TKO beating at the hands of Holloway back in December 2018.

And while he is now virtually guaranteed the next shot at the featherweight title against Alexander Volkanovski, Ortega believes he will eventually cross paths with Holloway.

“I said this in the beginning — we will meet again,” Ortega said at the post-fight press conference. “He’s [Hollowaay] going to stay at the top. He’s not a guy who is just going to drop right off the bat and spiral down his career. I’m not a guy who is going to fall off like that. Clearly tonight I showed the world that’s not me.

Holloway, of course, is on a two-fight losing streak having lost his title to Volkanovski before losing their rematch at UFC 251 in July.

Despite many believing he did enough to win the rematch, it is highly unlikely “Blessed” gets another title shot anytime soon. Things could change if Ortega were to become featherweight champion, however.

How do you see a rematch going between Holloway and Ortega after the latter’s performance?