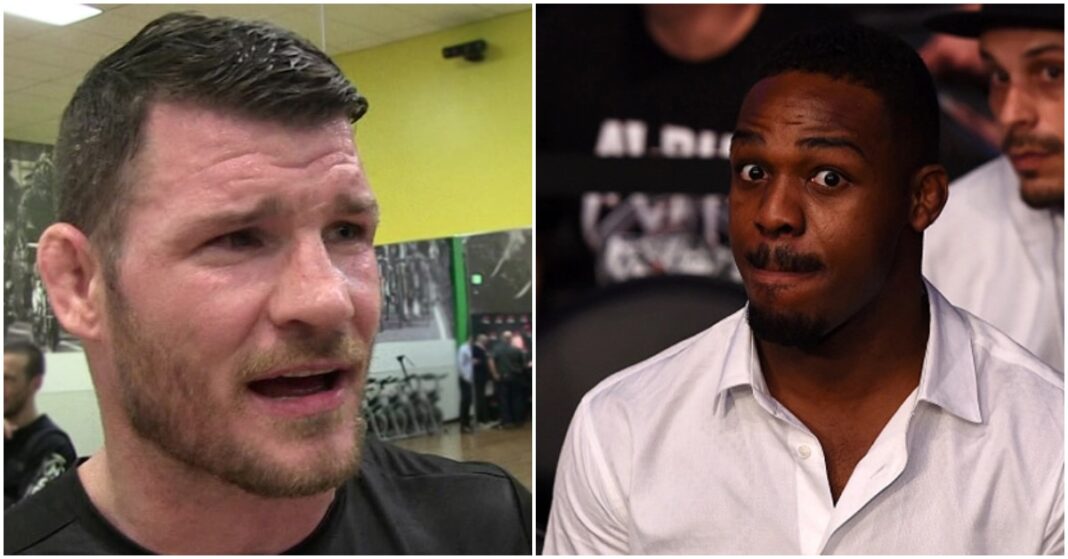 Jones took to the social media platform during the main event and voiced his opinion on the heavyweight unification fight between Francis Ngannou and Ciryl Gane. He went on to state that he would be able to break even more MMA records amid the current state of the current Heavyweight division.

During Bisping’s latest episode of his ‘Believe You Me’ Podcast he questioned Jones’s level of respect and asked the former UFC number one pound-for-pound fighter to “stop tweeting and start fighting”.

“Jon Jones tweeting there, inserting himself once again. As I said last night, stop tweeting and start fighting. Listen, I’m a fan of Jones. You know, but you’re not competing… You’re not putting it on the line so to sit there on the sidelines and talk a little bit of sh**… I get it. He’s entitled to do that. Anyone can jump on Twitter but it isn’t the best look. You moved up from light heavyweight, what was it two years ago now? It’s been a while since his last fight,” said Bisping.  (Transcribed by SportsKeeda)

‘Bones’ decided to relinquish his Light Heavyweight belt in 2020 so he could prepare for his jump up to Heavyweight, in hopes of becoming a two-division champion. To which he admitted it would “take some time.”

New workout partner, Cejudo praised Jones for his elite-level MMA IQ and ability during a recent interview on the ‘Weighing In podcast’. ‘Triple C’ claimed Jones is the best MMA fighter of all-time. Demetrious Johnson comes in second place according to Cejudo.

“I tell you what, man. That dude is a gifted a** human, bro. Like as a fighter you know what I mean. It’s like this dude has natural abilities. I am a lightweight and I can’t even see that he just threw. You are a heavyweight… Jon’s a competitor. He wants to put a stamp on top of a stamp. He is already the GOAT in the sport of mixed martial arts. There’s nobody there. I think the second person that comes behind him is Demetrious Johnson just based on his title defenses… Jones is in a mountain of his own,” said Cejudo.

Do you think Jon Jones will have success at heavyweight?